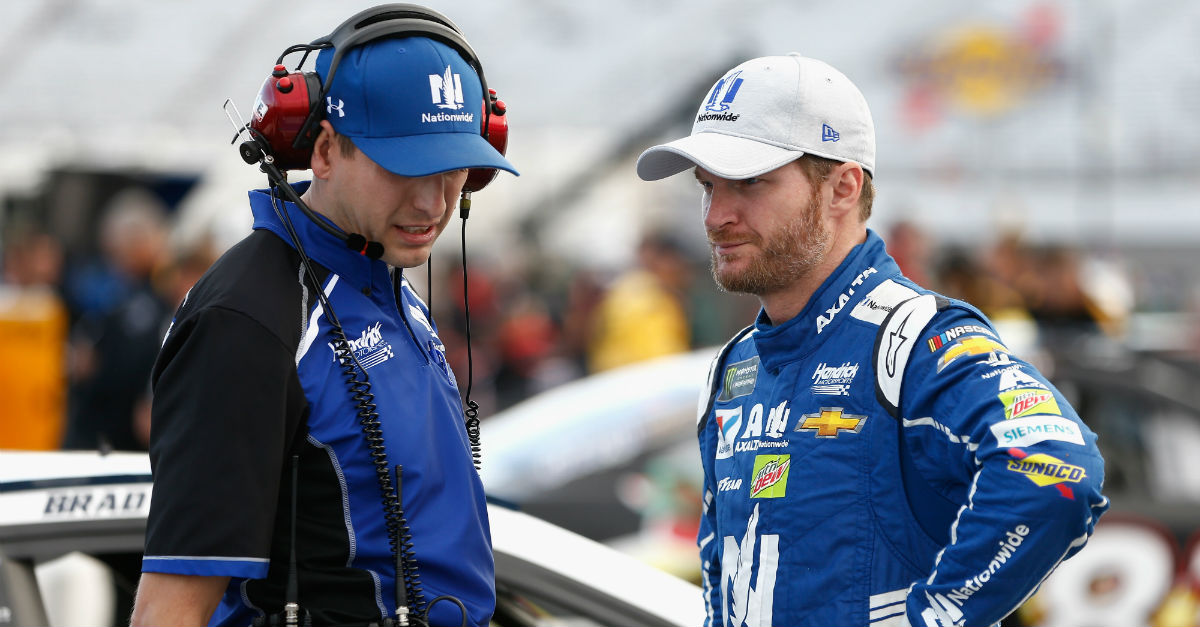 After announcing it had signed Kasey Kahne to drive the  No. 95, Leavine has brought on a new crew chief.

Travis Mack, who was recently crew chief for Dale Earnhardt Jr. and his No. 88, is leaving Hendrick Motorsports to take over the No. 95 crew, Leavine announced on its website.

“As crew chief, Travis brings leadership and a solid experience to Leavine Family Racing,” Jeremy Lange, VP and General Manager of LFR, said  in the release. “His passion for racing and desire to win will fit well in our organization and, collectively, we all are looking forward to 2018 and beyond.”

Mack was crew chief for Chase Elliott’s team when it won the 2014 Xfinity championship, and then moved to Hendrick in 2015. Earlier in his career, he also worked on crews for Jeff Gordon and Jimmie Johnson.

The release noted that Mack will stay with Hendrick through the end of this season and join Leavine before next season.

Kahne, of course, raced for Hendrick so he has familiarity with the crews.

Leavine is replacing Michael McDowell with Kahne because it see Kahne at giving the team the best chance of improving its on-track performance.

Kahne told Auto Week that he thinks his experience in the Cup Series can make a big difference in his transition to LFR.

“I want to be a good leader and a good motivator,” Kahne said. “I?m really looking forward to having everything focused on my car, on making that one car faster week after week.

“If you?re not all-in and if everybody isn?t pointing in the right direction, you?re not going to make the progress you?re looking for. I want to apply my experiences to Leavine Family Racing because that experience can be a benefit for us to keep improving. I?ve learned a lot along the way, and it all adds up.”

Related: Kasey Kahne was late signing with his new team, and the reason is awfully embarrassing

Kahne was one of the last drivers to qualify for the postseason after he won the Brickyard 400. He had missed the playoffs the previous two seasons, which likely led to Hendrick Motorsports deciding the part ways with him.

But his experience and ability should be a good fit for Leavine Family Racing, and he will continue driving a Chevrolet for Leavine.

Now, he has a crew chief that will help get him there.