Tony Stewart hints at the type of driver he wants in the No. 10 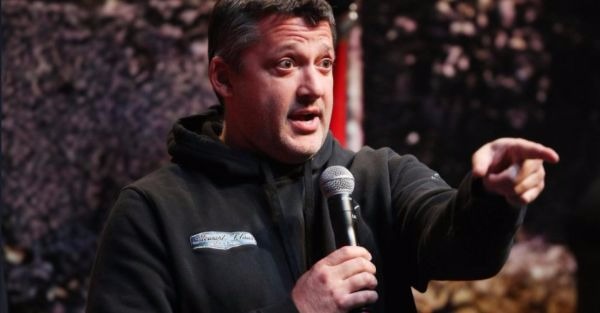 Who’s going to get the No. 10 for Stewart Haas Racing? It’s not going to be Matt Kenseth, who announced he’s not getting it; now it is going to be Kasey Kahne, whoo said he wasn’t under consideration and then joined Leavine Family Racing.

Perhaps no ride has created as much buzz, and that makes sense because it used to belong to Danica Patrick, who announced she wouldn’t return in 2018 amid sponsorship woes.

So now Stewart, in remarks reported by AutoSport.com, hints he’d prefer a young up-and-comer to take the ride. that, of course, depends on who’s available and contract status

RELATED: One of NASCAR’s top free-agents has signed with a new team

“A lot of times you don’t have that many options of who is already in the series in the NASCAR system that you feel like is somebody you want to put in a position with your organization,” he said

“So you obviously want to look down the line as to who is coming, but you have to fill that seat now.”

And, he said in Motorsports: ?We don’t know exactly who is going to be in the 10 car yet ? but we?re working on it. ”

There is that pull to fill the seat now while trying to make the team younger — and less expensive — just as    Hendrick Motorsports has been able to by bringing on Chase Elliott, 23, and William Byron, 19.

Still, it is SHR, and that means it won’t have any shortage of drivers seeking the seat.