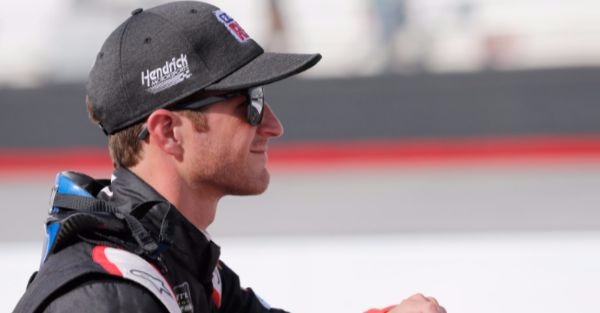 It’s all about performance and getting to the next level.

That’s why Leavine Family Racing decided to hire Kasey Kahne, 37, to drive in the No. 95 next season, and remove Michael McDowell, 32.

“We look at this as an opportunity to go to the next level,” LFR  team owner Bob Leavine, said in a press release posted on his website. “This deals partially with performance, because obviously, Kasey is a playoff-caliber driver. He has a wealth of information being with a larger organization like Hendrick Motorsports, and we think that will help us. We also look at this as an opportunity for marketing to be able to sell sponsorship.”

Kahne does have an impressive Cup series record, with 18 wins, 174 top 10 finishes. But the sponsorship piece of the quote is a bit puzzling. Kahne lost his ride at Hendrick Motorsports, in part, because sponsors Great Clips and Farmers left his car.

Not only that, Kahne said he favored LFR because he wouldn’t have to bring sponsorship with him.

If it’s about performance, that lagged in 2017, too. Yes, Kahne won the Cup series race at Indianapolis, and has three top-5 and four top-10 finishes. But his average start this year is 18, and his average finish, 20.

Still, that’s better than McDowell, who hasn’t won this year, only has one top -5 and one top-10 finish, with an average start of 24 and av average finish of 22.

“What may help our small team more will be the sponsor side and selling a playoff driver,” Leavine told ESPN.  “That’s not a knock against Michael, and he knows that, but reality is reality — [Kahne] is a playoff driver.”