Another big name driver says he’s not replacing Danica Patrick, then drops hint about his future 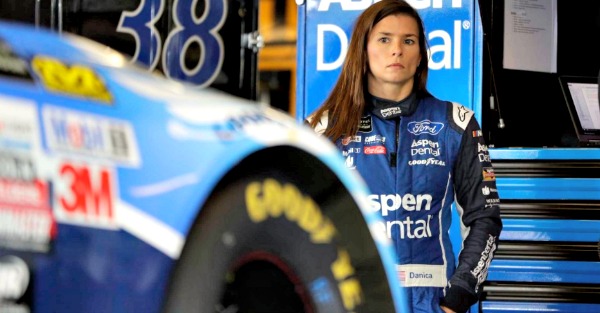 Now, Kasey Kahne says it’s not him, either, and dropped a hint about this future in a tweet from Fox Sports:

"I'm pretty sure I know who's driving that car, and it's not me," Kahne says of SHR.
Kasey says his ride for next year is basically done

“I’m pretty sure I know who’s driving that car, and it’s not me,” said Kahne, who then dropped the tantalizing hint that his ride for next year is basically done.

The word about Kenseth broke this morning.

Matt Kenseth, a free agent for 2018, said he is not the replacement for Danica Patrick at Stewart-Haas Racing.

Kenseth himself is looking for a ride after Joe Gibbs Racing didn’t pick up his contract for next year.

RELATED: Tony Stewart has nothing but praise for Danica Patrick.

Patrick announced on Tuesday, via Facebook, that she wouldn’t return to SHR next season — not a surprise since she didn’t have a sponsor for 2018. Speculation has run rampant that Aric Almirola would end up in the No. 10, now that his main sponsor, Smithfield Foods, moved its sponsorship from Richard Petty Motorsports to SHR.