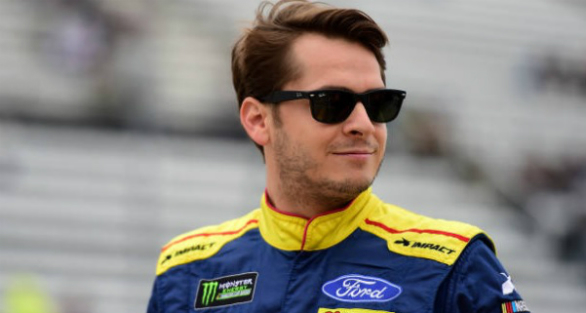 Sometimes NASCAR drivers have an interesting way of plugging their sponsors.

That was definitely the case as one driver took to Twitter to share his love of a product that could have confused and some folks.

Todd Gilliland tweeted out a photo of him and his aunt and uncle’s dog saying that the dog loves Pedigree dog food as much as he does. For those that know, Pedigree is a sponsor for the driver.

My aunt and uncles new dog loves @PedigreeUS as much as I do pic.twitter.com/ANEDO9JKFu

But even some people were thrown off by the post, including fellow driver Landon Cassill.

While some fans were totally oblivious to the dog food reference, they posted pictures of their Dachshunds.

Doxies are the best! #Roscoe pic.twitter.com/yGVpbA3SOU

Some fans on the other-hand were merely disturbed by the post.

You uh. You good Todd? Blink twice if you need help.

But there was one fan that definitely took the cake. He offered to eat an entire can of dog food in exchange for some race tickets.

I’ll eat a can of dog food for Tickets and hotpasses to the @ACSupdates race this year! 😂