The Petty family's legacy in the sport of NASCAR is still going strong after all these years.

Earlier this week, it was announced that 21-year-old Thad Moffitt, the grandson of NASCAR legend Richard Petty, will make his Camping World Truck Series debut next week at Daytona International Speedway.

Moffitt will be driving No. 43 truck for Reaume Brothers Racing and will be sponsored by STP, Petty's longtime sponsor. As another tribute to the seven-time Daytona 500 champion, Moffitt's truck paint scheme will mirror the one that Petty sported during his 1992 retirement season.

"I am super excited to make my NASCAR Camping World Truck Series debut at Daytona in the No. 43 Reaume Brothers Racing Chevrolet with team support from GMS Racing," Moffitt said in a statement.

"Daytona is a track that has a lot of family history, and having STP onboard makes it that much more special. It truly is an honor to run the iconic STP branding on my Silverado along with my fire suit, and I am hoping to represent their longtime support of my family in a great way." 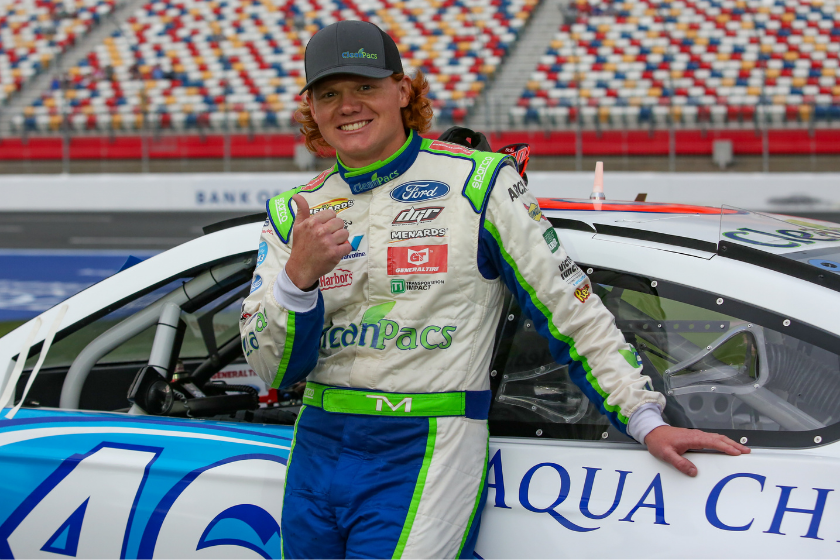 Moffitt's inaugural Truck race all came together thanks to a partnership between GMS Racing and Reaume Brothers Racing. While both teams with share resources and crew member responsibilities, GMS Racing will also provide technical and engineering support.

"I am thrilled to be able to partner with GMS and have their support; they are an extremely strong and highly respected organization that I have a great relationship with," Reaume Brothers Racing owner Josh Reaume said in a statement.

"Everyone at Reaume Brothers Racing is excited to work with Thad and have him make his Truck debut with us. Lastly, it's an honor to play a role in helping continue the Petty Family racing tradition. Thad is a very talented young driver, and it will be fun to watch him grow and see where his career takes him."

Petty, who won 200 Cup races and seven championships during his NASCAR career, couldn't be more proud of his grandson, who is scheduled to run in select Truck, ARCA Menards Series, and Trans AM Series races this season.

"Over the past 50 years STP has been with me very step of the way and I've been proud to support them," Petty said in a statement.

"But this takes it to a whole new level for me. To have Thad racing with STP at Daytona, a place that our family has been so successful at, is just very special to me personally. Obviously, I've watched Thad's career grow and he is ready for this next step in the Camping World Truck Series. It will be great to see another member of the Petty family racing with STP."