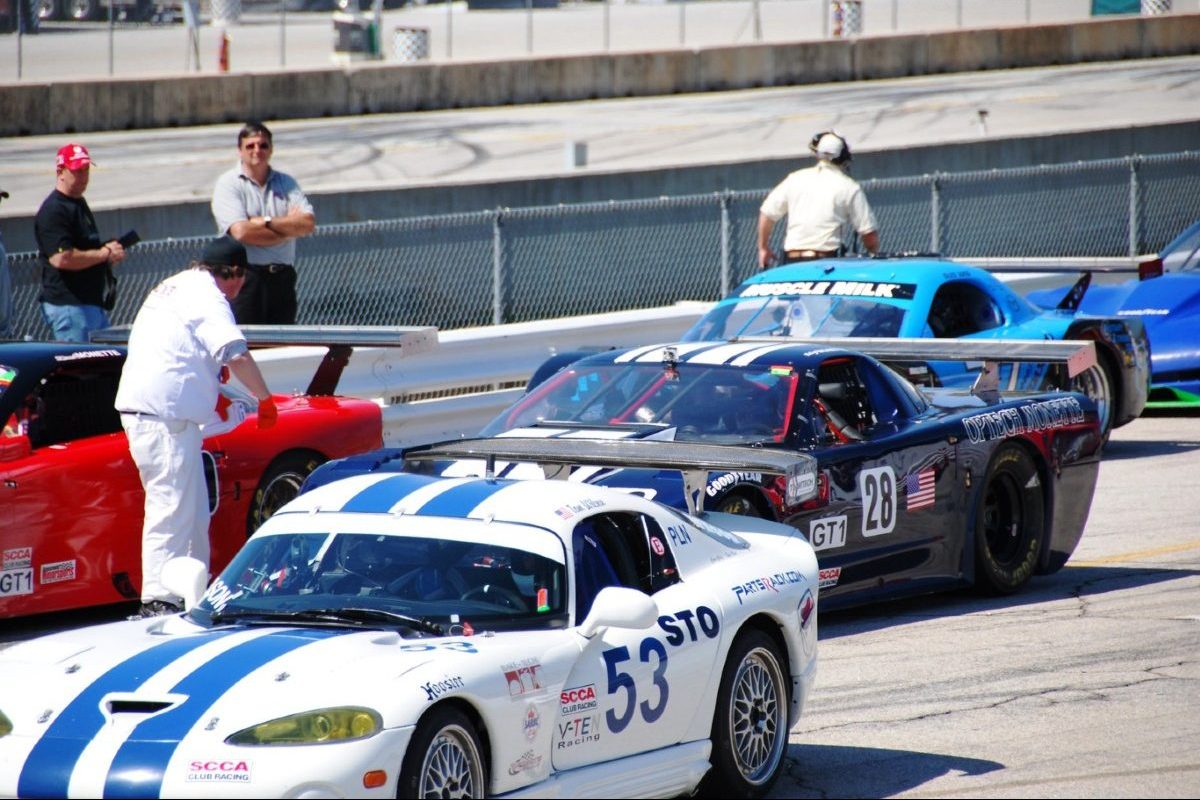 Let’s say you’ve got a really sweet muscle car. It’s got that high-performance engine, snarling good looks, and everything about it screams, “watch me fly!” What’s the first thing you want to do with this bad boy?

Race it, right? You want to stomp on that gas pedal and let loose every hoofbeat of horsepower contained in that souped-up, growling engine.

Furthermore, you want to know which is faster: your neighbor’s Camaro or your Mustang. Sure, neither is an actual NASCAR-ready race car. In fact, they’re just production vehicles, straight off the line and into your driveway. But, still, one of them has to be faster than the other. If only there were a way to legally find out.

And that’s basically how the Trans-American Sedan Championship was created. Of course, the full story is much more interesting, so read on.

The Early Days of Trans-Am Racing

Trans-Am racing and the Golden Age of pony cars occurred simultaneously, and that’s not just a coincidence.

In 1966, John Bishop was the President of the Sports Car Club of America. The SCCA has promoted road racing, rallying, and autocross events since 1944. The club already sanctioned sedan amateur Club Racing classes, and with the emergence of so many high-powered muscle cars, it only made sense to create a division specifically for them. Thus, the Trans-American Sedan Championship began, though in 1967, the name was simplified to the Trans-American Championship.

The Trans-Am Series started with two classes of vehicles. The “Over 2.0L” class primarily featured American pony cars, with requirements that included a wheelbase of 111 inches or less, and an engine with displacement of no more than 5.0L or 302 cubic inches. The “Under 2.0L” class was created for European touring sedans.

Imagine, if you will the roar of the V8 engines as now-classic American muscle cars like the Plymouth Barracuda, Ford Mustang, Chevrolet Camaro, Dodge Challenger, and AMC Javelin revved up for race time. Then throw in a hearty handful of European-made competitors, including Porsches, SAABs, Alfa Romeo, and BMWs. It’s enough to drool over, really.

The first historic Trans-Am race occurred March 25, 1966 at Sebring International Raceway in Florida. The overall winner of the first race was future Formula One champion Jochen Rindt and his Alfa Romeo GTA. In the Over 2.0 class, Bob Tullius showed the field who’s boss with a Dodge Dart.

Unlike many motorsports, the original format of Trans-Am racing awarded points to manufacturers, rather than drivers, for their wins in the series’ seven races. Therefore, the Manufacturer’s Championship in 1966 was awarded to the Ford Mustang, thanks to the contributions of Tom Yeager and Bob Johnson. The Under 2.0L champion was Alfa Romeo, mostly due to points earned by Horst Kwech and Gaston Andrey in a GTA.

On Track with Trans-Am Racing

The years between 1968 and 1972 are considered the “Golden Era” of Trans-Am cars and drivers.

Mark Donohue and Penske Racing dominated the scene, with 29 wins during this time frame. Behind the wheel of Chevy Camaro Z28s and AMC Javelins, Donohue not only drove some impressive races, but the popularity of the sport, as well.

Also on the scene in these early days was Parnelli Jones. You know, the guy who drives Indy cars and competed in the Baja 1000? Also one of the OGs of Trans-Am, who secured the Manufacturer’s Championship for Ford in 1970 with a Mustang.

The races themselves took place on all sorts of venues, ranging from permanent and temporary road courses, street courses, and even airport circuits.

In 1972, the Trans-Am Championship was modified to include a Driver’s Championship, with George Follmer and John Morton taking the crown in Over 2.0L and Under 2.0L classes, respectively.

The Under 2.0L class also got a makeover. Due to the changes in European engine manufacturing, the class was now called the “Two-Five Challenge” to accommodate 2.5L engines.

The 1970s were a rough time for motorsports enthusiasts. There was the whole 1973 Oil Crisis thing, and insurance rates on muscle cars were skyrocketing. The Trans-Am Series limped along, with the SCCA restructuring the rules based on the current production car specs and FIA guidelines.

Additionally, all races were to be 100 miles in length, with a few notable exceptions. Six Hours of Watkins Glen and Canada’s addition to the Trans-Am Series, the Trois-Rivieres, were not required to meet this new rule. A Mexican race was added to the circuit, too.

Eventually, fewer and fewer production cars were seen on the circuit, with tube frame and silhouette cars taking over the track. The classes were rearranged repeatedly, now with four potential classes to allow for the great variety of vehicles that would show up for Trans-Am racing. From 5L 2600-pound beasts to short-track chassis stock cars to the turbocharged Porsche Carrera that swept the field in 1984, a little bit of everything was entering the field at Trans-Am races. Audi even showed up with an all-wheel drive 200 Quattro and dominated the 1988 series before heading back over to the IMSA races.

It was a weird time, in which Trans-Am racers were trying to find their footing again. This led to a lot of rule changes and reformatting.

And the crowds loved it. For awhile.

The 21st century was a rough time for Trans-Am racing. Previously, fans came to watch Ford, Chevrolet, and Oldsmobile square off. But then Oldsmobile stopped production. Pontiac went out of business. Dodge, Chrysler, and Plymouth all became one brand, kind of. General Motors got Chevrolet, GMC, and Cadillac. European manufacturers and American manufacturers were teaming up. It was kind of like everyone’s parents got divorced and remarried all at once, and no one knew who had custody of the muscle cars.

Without the rivalry of the Manufacturer’s Championship, the zest of Trans-Am racing diminished a bit. Thankfully, former National Championship winner Greg Pickett and his son Mike started a grass-roots campaign to bring back the series under the sponsorship of their product, Muscle Milk.

And, mercifully, it was a success.

The SCCA gave management and publicity rights to the Trans-Am Race Company LLC in 2012. While the races are still sanctioned by the SCCA, this shift puts resources where they need to be to keep Trans-Am racing thriving. Recent additions under this change include the addition of the West Coast Championship in 2017, and a partnership with the Sportscar Vintage Racing Association (SVRA).

Events at Mid-Ohio, Lime Rock Park, and Daytona are now standard series races, though street circuit races, such as Detroit’s Motor City 100, are still a part of the scene.

And of course, technology has come to the series, as well, with the Pirelli racing app, and the official gotransam.com website providing fans with up-to-the-minute details on all of their favorites.

Only in Trans-Am racing could you expect to see a Datsun beat an Alfa Romeo. And, only in this series could you see all of your favorite muscle cars line up to determine which manufacturer would earn the coveted championship. While the Trans-Am Series has experienced growing pains over the years, due to changes in the automotive industry and popular trends, it’s history proves that it was always been a very, very cool concept.