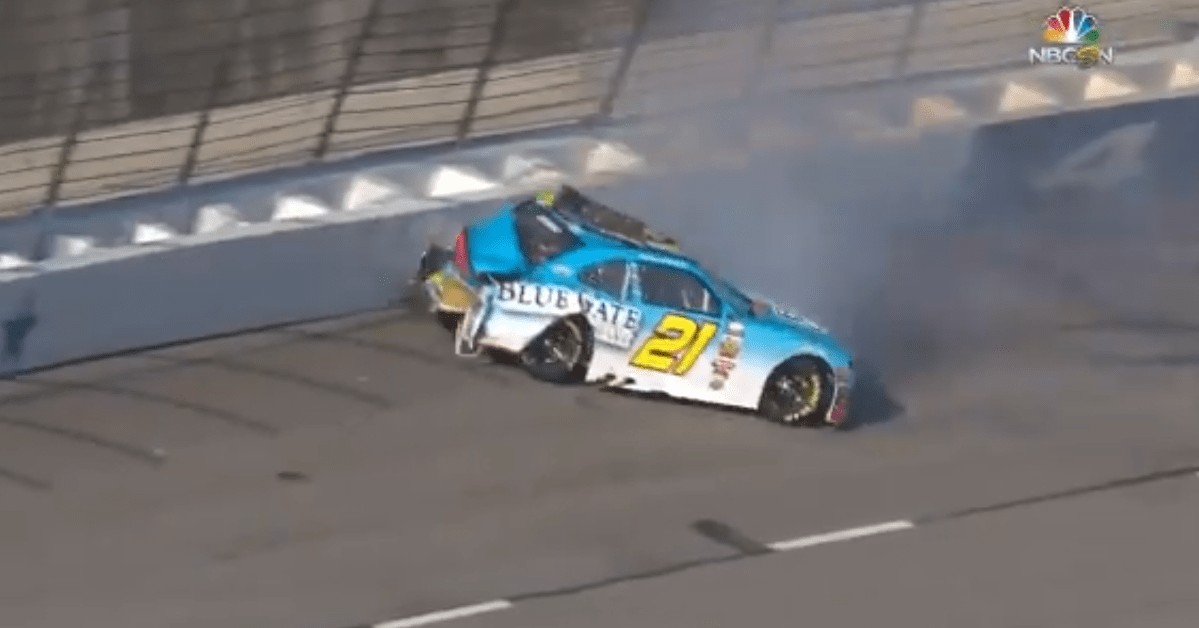 Practice came to an early end in the Xfinity Series, leading up to the O’Reilly Auto Parts 300 at the Texas Motor Speedway.

About 15 minutes prior to the scheduled ending, Daniel Hemric lost control of his car as it spun into the wall. The crash caused severe damage to the No. 21 Chevy Camaro according to NBC Sports.

RELATED: Bubba Wallace and Kyle Larson tell horrible jokes, and they crack themselves up

This was what the damaged car looked liked:

“Something in the rear end broke and that was it,” Hemric said after being checked and released from the infield medical center. “It?s not ideal by any means, but I have faith in these RCR (Richard Childress Racing) guys will get his back-up car competitive.”

While NASCAR officials did what they could to clean up the mess and allow more practice time. They unfortunately were unable to do so as  the NASCAR Cup qualifying session was slated to begin shortly after the practice.