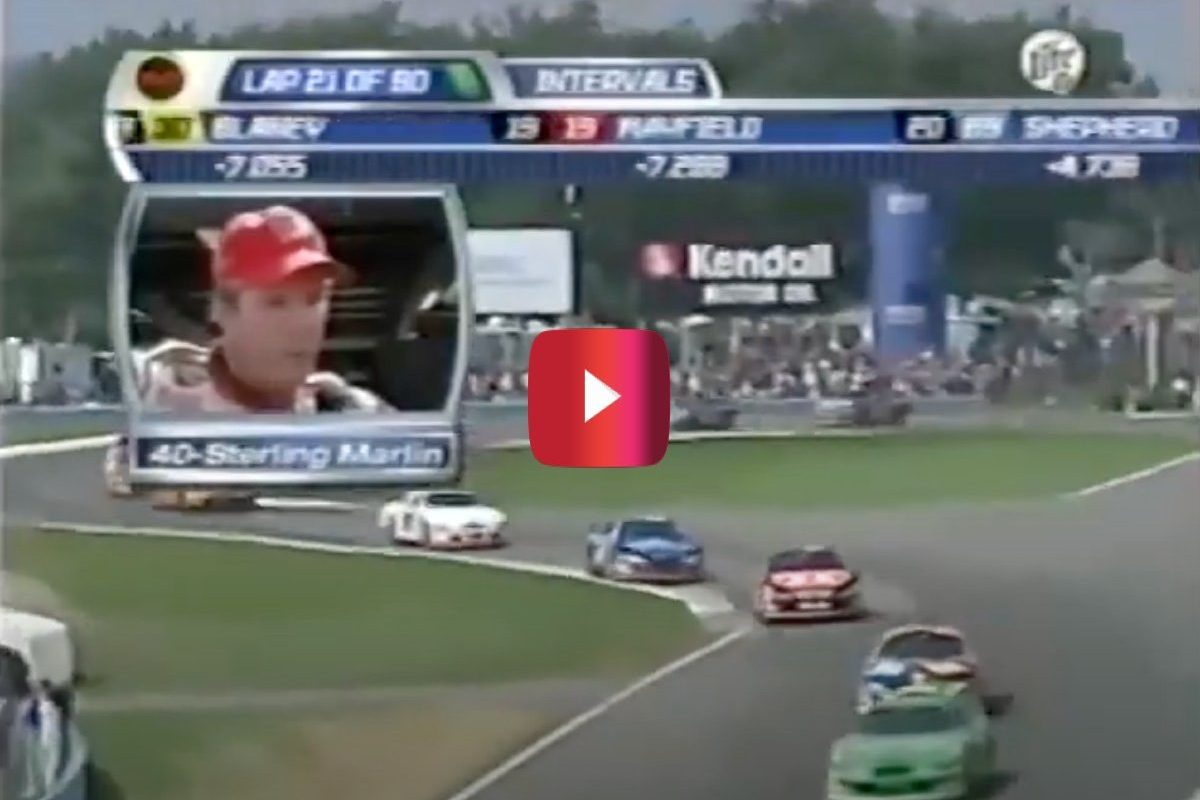 What’s NASCAR without a little drama here and there? With the amount of stress that drivers are under and the adrenaline that’s pumping through them while racing on the track, it’s only understandable that tensions can boil over occasionally. This race at Watkins Glen back in 2004 is a pretty hilarious example.

After getting wrecked during the race by Greg Biffle, Sterling Marlin has no problem calling him a “bug-eyed dummy” in the follow-up interview. Check out the video below, and you’ll see how things actually played out.

During the action, Biffle may have got a bit too close to Marlin. They both dive into the right hand curve at turn one, but Marlin draws the short straw with this one. Biffle only appeared to barely clip the rear bumper of Marlin’s car, but that was enough to cause him to lose traction and go spinning into the wall. This essentially ended the race for Marlin, so you can see how he’d be a bit upset by this.

Marlin shares a few more words following his “bug-eyed dummy” comment, noting that he did the same thing to Jeff Gordon the year prior. To be fair, Biffle definitely could have gotten off the throttle for a half second to avoid the incident, but he chose to keep the hammer down, and well, this is the result. These things do happen, but don’t ever expect that other driver to be pleased about being wrecked. If you dish it out, you’re going to have to take what’s coming back to you.

Intentional or not, this was certainly some bad luck for Marlin. However, had this not ever happened, we never would have heard this glorious insult. NASCAR drivers aren’t exactly scared to share their opinions about other drivers, especially in an instance like this one, but I have to applaud Marlin for voicing his anger in such a funny way.