Dale Jr. “Stunted the Growth” of NASCAR, According to Kevin Harvick 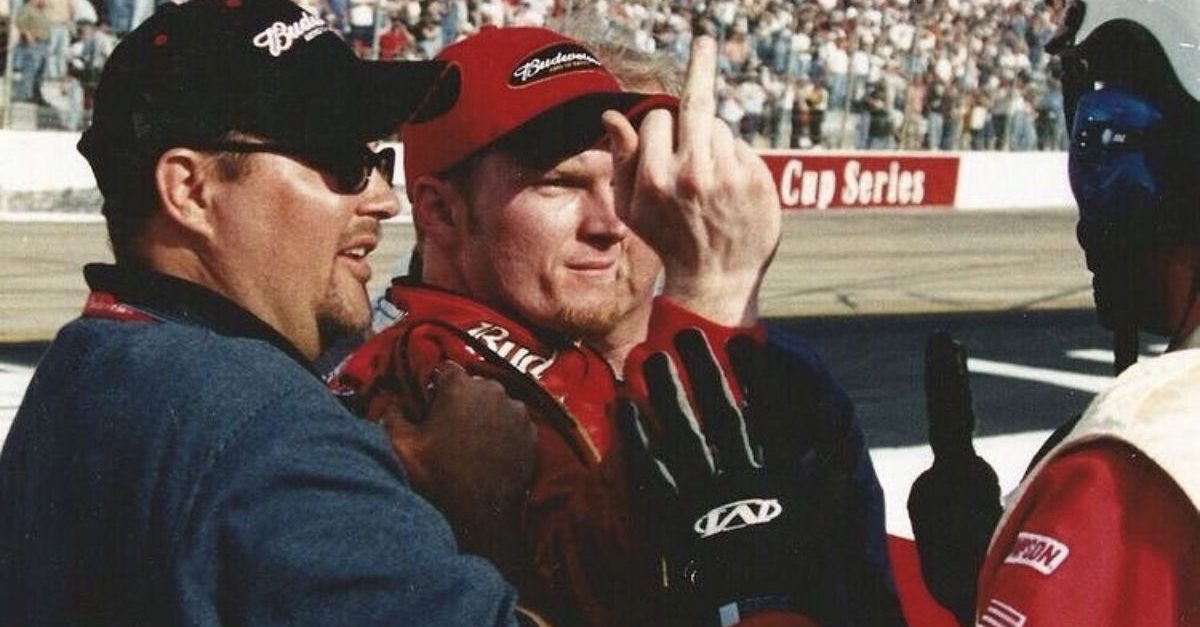 While Dale Earnhardt Jr. started a new chapter in his NASCAR career a few years back, it’s a comment made by NASCAR driver Kevin Harvick during Junior’s victory lap season in 2017 that probably still sticks with Dale to this day.

Back in August 2017, Harvick was on SiriusXM NASCAR Radio show “Happy Hours,” and he had some things to say about Junior’s career.

According to Harvick via NBCSports, Dale Jr., who won most popular driver 15 times, played “a big part in stunting the growth of NASCAR.”

The topic of fan attendance in what was Earnhardt’s final season was brought up on the radio show and Harvick ran with it.

“I’ve been totally shocked by the vibe of Dale’s last year,” Harvick said . “I really thought it was going to be tons of fans showing up to the race track, buying crazy amounts of souvenirs and the souvenir sales aren’t up for the sales that he has in his last year so far. The crowds really haven’t changed. In my opinion, it’s been from his lack of performance. He hasn’t performed well in the race car.”

Read More: Kevin Harvick Net Worth: A Look at One of NASCAR’s Highest-Paid Drivers

It’s a well-known fact that 2017 was a frustrating one for Junior, he admitted so himself, but Harvick wasn’t just talking about that one disappointing season. He took aim at all of Earnhardt’s career and questioned why NASCAR’s most popular and most successful driver isn’t the same person.

“(Earnhardt) hasn’t been anywhere close to being our most successful driver,” Harvick said. “For me I believe Dale Jr. has had a big part in stunting the growth of NASCAR because he’s got these legions of fans, this huge outreach of being able to reach these places none of us have the possibility to reach. But he’s won nine races in 10 years at Hendrick Motorsports and hasn’t been able to reach outside of that. I know those aren’t the most popular comments but those are real life facts that you look up and see on the stat sheet.”

Harvick continued to explain that he thinks Jimmie Johnson, who is typically third or fourth in merchandise sales, should be far and away the sport’s most popular driver because of his whopping seven championships. He also said that Junior deserved all of the fanfare he was getting in his farewell season, but seemed to imply that Junior’s overall popularity relied more on his pedigree than his performance, saying:

“His dad was popular because he became Dale Earnhardt because of the fact he won seven championships and he was out there grinding every week. That hasn’t happened.”

Do you agree with Harvick’s statements?