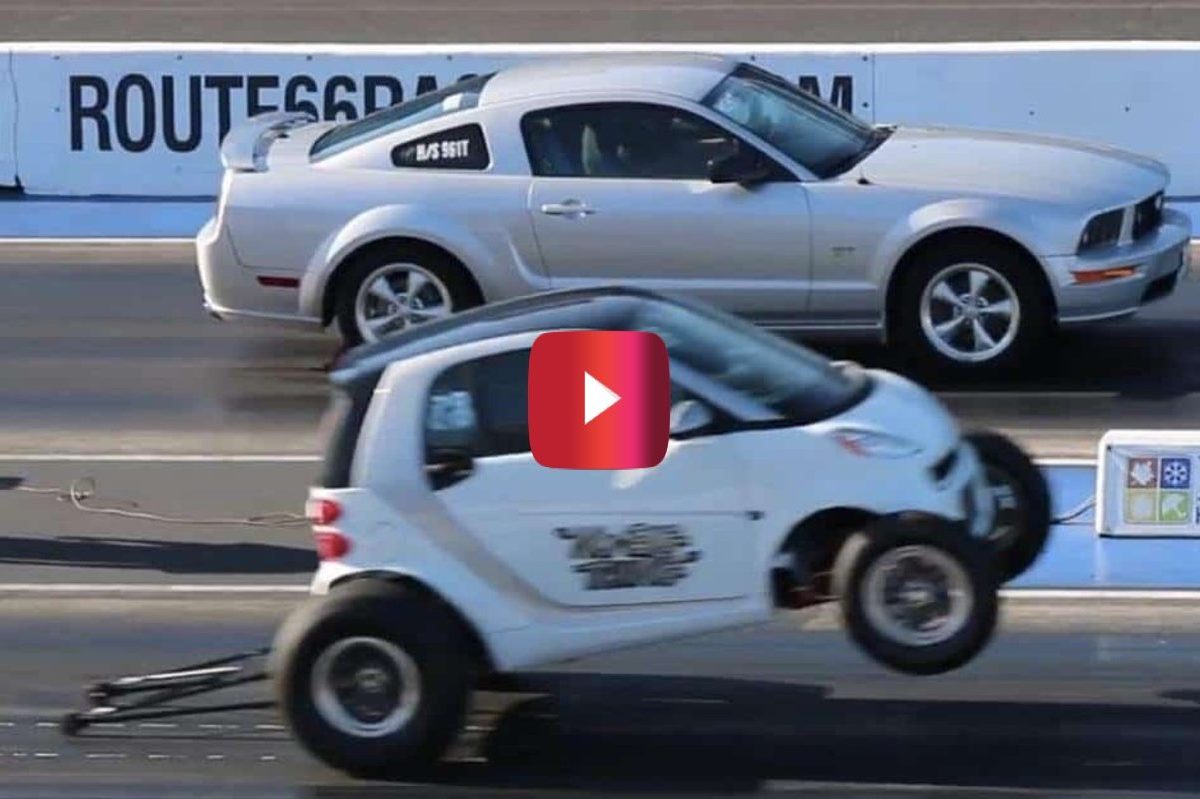 Smart Cars certainly aren’t known for their drag racing prowess. But, what you’re about to see in action isn’t your average Smart Car. Not even close.

Named “Nu Big Thing,” this souped-up monstrosity was put together by hot rod aficionado Mark Cryer and his son, Nick. It’s stocked with a 462ci big-block engine, and, in the above video, it smokes a Ford Mustang GT on the drag strip at Route 66 Raceway. While the GT finished the run in 14.7 seconds at a speed of 94.24 MPH, the Smart Car blazed past the finish line in 11.38 seconds at 116.95 MPH.

Needless to say, it was definitely worth the six months that it took to put this Smart Car together.

People who ever doubted that Smart Car are looking pretty dumb right about now. Though, you’d have to be an idiot to bet against this thing, especially if you know what its engine is capable of. The 462ci V8 can churn out a ridiculous 340 horsepower at 4600 rpm, and can also generate as much as 485 lb-ft of torque at 2800 rpm. That GT, on the other hand, is working with a 4.6-liter V8 that’s packing 315 horsepower. I mean, the numbers speak for themselves. All you need to do is look at the way the Smart Car took off on those massive rear wheels to see that it’s working with a ridiculous amount of torque.

Not surprisingly, Mark and Nick Cryer have been known to show their Smart Car off whenever they can, not just on the track, but at various hot rod expos, as well. Hey, if you built something this impressive, you’d probably be making sure it got this much attention, too.