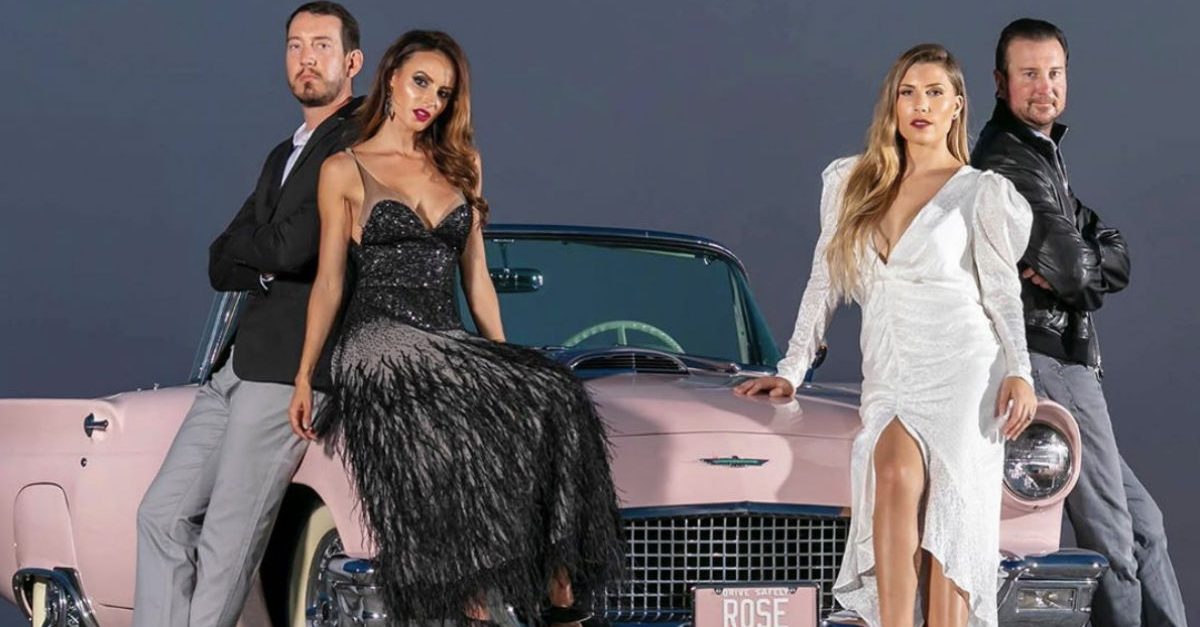 It may be seven months behind schedule, but the NASCAR-themed docuseries Racing Wives finally premiered on Friday, August 2, and it was met with mixed reviews from the racing community. At least if you checked Twitter.

In the first episode of the CMT show, we mostly get introduced to the main characters. Here’s a quick breakdown, for those of you who aren’t up to speed.

Intros aside, the episode primarily centers around Catwalk for a Cause, a charity event hosted by the Martin Truex Jr. Foundation that supports cancer survivors as well as children with cancer. Truex and his longtime girlfriend Sherry Pollex, a cancer survivor herself, have put on the event for 10 years and even make a brief cameo in the series premiere

Now, like most reality shows, Racing Wives isn’t without a little bit of drama. Amber Balcaen is angling for the chance to drive for Kyle Busch Motorsports, but the Canada native doesn’t leave the best impression on Kyle and Samantha after they catch her doing a shot with Mariel. Whoops.

"If you're watching this, you've probably taken a shot before." 🥃

Watch the girls spill the tea on "The Shot," and re-watch the series premiere of Racing Wives on https://t.co/ulm4j7R0je 💻 pic.twitter.com/K95tRhNIIf

The show also has its lighter moments, like when Samantha said that Kyle would look like Pee-Wee Herman in a bowtie and suspenders. I mean, she’s not wrong.

The most imporant takeaway from #RacingWives is Kyle Busch saying he’d look like PeeWee Herman if he was dressed in a bow tie and suspenders. pic.twitter.com/Gspwe1aIF2

According to NASCAR drivers Brad Keselowski and Bubba Wallace, Racing Wives definitely delivers as far as entertainment value is concerned, and other Twitter users seemed to echo their sentiments.

Nascar equivalent of spice girls; the same people making fun of it are also watching every step of the way… https://t.co/2sKboL8aIY

Ayeeeeeee I got that shout-out!🤘🏽

I think I found a new guilty pleasure. #RacingWives

this @RacingWives show has the funniest wives and they all have amazing careers of their own. "Pretty, pretty, pretty DOPE. JUST saying. My 2 cents…@amberbalcaen10 is the beez knees & Whitney is the shiz. Like #RHOBH meets #floribama (accents & humor) and @VictoriasSecret !

Not surprisingly, though, not everyone on social media was a fan of the show. After all, reality TV isn’t for everyone.

i’m not gonna watch it

couldn’t pay me to watch

Who cares!! The show #RacingWives is ridiculous and just shows one side of the racing world, which is just the glamorous side! Not the real side of racing!!!l

If I were to do a drinking game and take a shot for every cringy moment, I'd be dead within the first five minutes. This show is terrible, fake and uninteresting.#RacingWives