Riding a race car has risks, but here’s the one thing Ryan Blaney won’t do 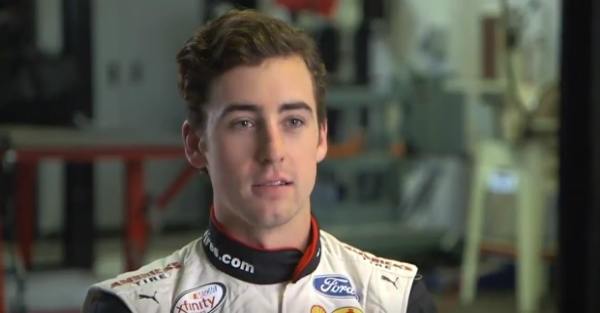 Driving a race car can be hazardous at times, but NASCAR continues to work on the safety of the sport.

That may have a little something to do with the fact that Ryan Blaney will drive a race car at speeds in excess of 200 mph, but there’s at least one thing he wouldn’t do — not even for $5 million.

RELATED: Ryan Blaney is joining a much different team this off season

In video posted to the Team Penske Twitter page, Blaney was asked what’s one something he wouldn’t do, not even for $5 million.

What's something Ryan @Blaney wouldn't do for $5 million? We now know. 🐊 pic.twitter.com/nSTKSDkMKD

“Swim with alligators or something like that,” Blaney said. “Because you’re pretty much just going to get eaten and you wouldn’t be able to use the $5 million.”

He went on to say he wouldn’t swim with any deadly animals. He’s an equal opportunist, so nothing personal against alligators, just all deadly animals.

He makes a really valid point. What’s the point in having $5 million if you’re going to a) wind up dead, or b) end up severely injured or dismembered?

The line has to be drawn somewhere, and for Blaney it’s drawn at swimming with alligators.