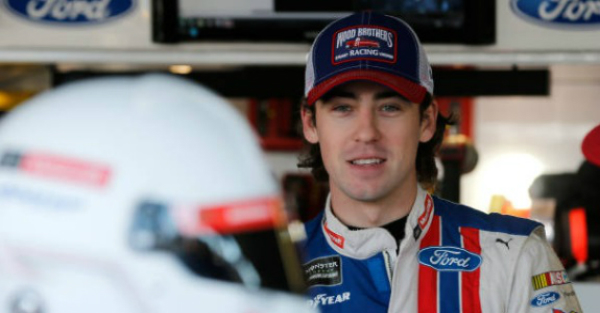 In recent years, Ryan Blaney has begun to make his mark on NASCAR, improving in each of his three years in the Monster Energy Cup Series.

Last season Blaney finished ninth overall in the point standings with one win, four top-5 finishes, and 14 top-10’s. With the success Blaney has seen on the track, he’s helped inspire someone close to him to get back in the swing of things, according to NBC Sports.

Ryan’s father Dave Blaney has run nearly 600 races in Monster Energy and Xfinity Series during a career that has spanned three decades.

RELATED: Riding a race car has risks, but here?s the one thing Ryan Blaney won?t do

About the same time Ryan’s career began its climb Dave’s began to slow down to part-time. Dave says much of the reason for the move to part-time has been an effort to follow his son’s career and watch Ryan grow as a driver.

“I’d go to a bunch of Ryan’s races and then race sprint car part-time,” Dave said.

While Ryan spent his early years watching his dad race, the roles have reversed as Dave now watches his son compete. Ryan just celebrated his 24th birthday on Dec. 31 and Dave is now 55 years old. But Dave knows he’s still got some gas in his tank and he’s not ready to hang it up quite yet.

“We’ll go to wherever it kind of fits,” Dave said. “We’ll go to a World of Outlaws race, All-Star race, an Open race, kind of jump around.”

“But I’m hoping to do a lot more racing this coming summer,” Dave added. “You get to the point where to get a little better, you have to do it full-time, just like anything.”

RELATED: Ryan Blaney is joining a much different team this off season

Dave knows that at his age,  things are a little different than that of a 20-something driver, which leaves planning too far in advance out of the question. He admits it’s more like a month-to-month planning process. But the one thing he does know, is that he’d still like to race and he’d like to do more of it.

“I think we can do it (win more races), it’s just a matter of running more,” Dave added. “I’d like to go race more and see what happens.”