Even with superstar talent, a team exec expects to lose at Daytona 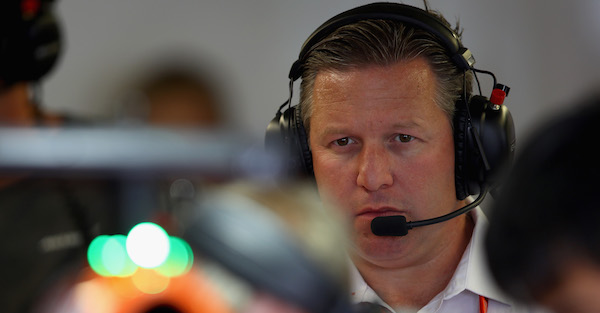 His team has very talented drivers, including two-time F1 champion Fernando Alonso, Lando Norris and Bruno Senna, but Brown doesn’t expect a win from his team at the Daytona event.

“I don’t expect to leave with any watches,” Brown said according to The Drive.

Zak Brown is hoping for a top 5 for the United Autosports team, but doesn't expect a podium here at Daytona. The team is here to win, but the reality of the field, track & car are as much as challenge as the endurance. #IMSA #Rolex24

Related: Former Champion is finding his first Daytona experience to be harder than he imagined

There obviously isn’t a lack of talent with Alonso onboard, but Brown said he didn’t think his cars had the speed like the competition to compete at Daytona International Speedway.

Brown said the field is stacked with contenders who are capable of winning the race, and he is hoping for a top 5 or even top 10 finish for his team.

Despite not having the cars built to win the race, Brown plans to continue competing in the event in the future. It wouldn’t be surprising to see Brown field cars in other sports car races over the next few years.

Despite Brown’s modesty, don’t be shocked if his team competes at a higher level than he is anticipating. Fernando Alonso is a threat to win anytime he’s behind the wheel, though he also admitted he’s having a difficult transition to racing at Daytona.