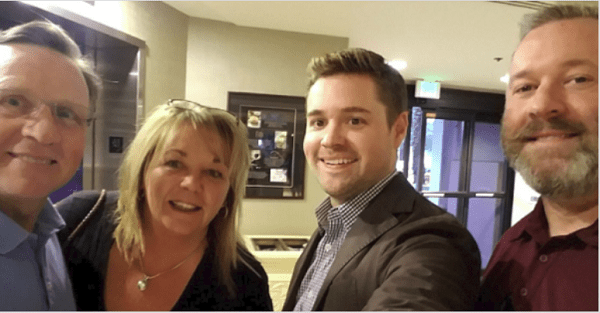 Prior to last year, the 30-year-old Stenhouse was winless in four seasons competing in the NASCAR Cup Series, but all that changed on May 7th when he won the spring race at Talladega and followed it up by winning the July event at Daytona.

After just one season as a team owner in the World of Outlaws Craftsman Sprint Car Series, Stenhouse has partnered with Richard Marshall with the hopes of experiencing more success in 2018. This move also comes with a name change as the team will now be known as Stenhouse Jr. Marshall Racing.

Sheldon Haudenschild will pilot the No. 17 NOS Energy sprint car next year for the renamed team. Haudenschild was the rookie of the year in 2017 and hopes to build off that success next season.

?I think we have a good opportunity next year with Sheldon transitioning over after Jac (Haudenschild) drove for us this season,? Stenhouse said, according to NESN. ?Jac really helped us evaluate our cars and helped us know what we needed to improve. The chemistry of the team is strong which is very important.?

The first race of the 2018 World of Outlaws season takes place on Feb. 9th at Volusia Speedway Park.