Ricky Stenhouse Jr. to honor legendary Hall of Famer who recently passed away 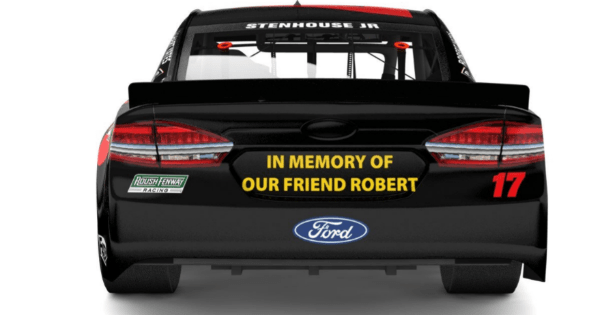 The legendary NASCAR engine builder and team owner Robert Yates passed away following a battle with liver cancer last month, and his death is still reverberating through the sport. Not only that, drivers are continuing to honor him, and Ricky Stenhouse Jr. is the latest.

A closer look at the @StenhouseJr Robert Yates Tribute car that @WinstonKelley and @ThePostman68 are talking about now.

Lots of memories throughout the garage with this car this weekend #AskMRN pic.twitter.com/Qr4kqL4i78

It isn’t the first time Yates has been honored.  At Charlotte, NASCAR honored him as all cars with this logo:

Yates first built engines for some of the premier drivers in the sport and then won a championship as an owner.