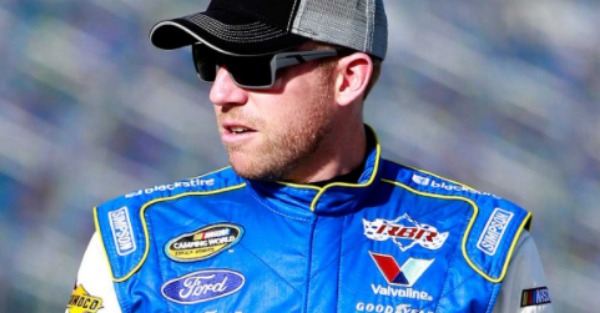 Dale Earnhardt Jr. and Matt Kenseth both just raced in the Cup Series for the final time in their Cup Series careers, and now the two drivers will be up for the NASCAR Hall of Fame.

Regan Smith said on FOX that both Kenseth and Dale Jr. are first ballot Hall of Famers.

.@ReganSmith says @DaleJr and @mattkenseth are BOTH destined for the NASCAR Hall of Fame. pic.twitter.com/J1fROIEIjo

Related: Dale Jr ended his career with a giant party on the track

“Matt, he’s a Hall of Famer,” Smith said. “He’s a guy that’s going to be in the Hall of Fame first ballot. Two Daytona 500’s, a championship. He’s won all the premier races. He’s won in different series. The list goes on of the things that he’s done and accomplishments that he’s had. Matt’s one of the good guys out there.”

Smith said almost everyone was happy that Kenseth won at Phoenix, and he said Kenseth deserved a big sendoff like Earnhardt or other big name drivers who have recently retired.

As for Dale Jr., Smith said he’s also a first ballot Hall of Famer, and he’s by far the biggest name in the sport.

“Two Daytona 500 wins, the career wins over the years… He’s going to be a first ballot Hall of Famer,” Smith said. “Even if he didn’t have a single win, I think you can make the argument for him and what he’s meant for this sport and the levels that he took this sport to that other drivers couldn’t. He’s an A-lister.”

Both drivers are almost certainly going to be Hall of Famers, and they’ll likely make the Hall of Fame in their first appearances on the ballot. They both had historic careers, and the sport will miss them both next season.