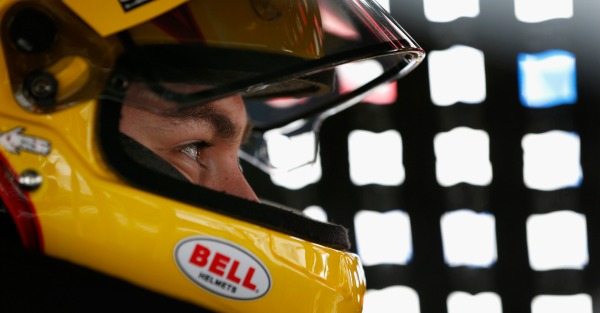 The Joey Logano penalty controversy went to new depths when the driver of the No. 22 Ford for Team Penske went off on NASCAR after being forced to serve a penalty that’s the equivalent of a “time out.”

?I just think it makes our sport look dumb. I do. Like I said, it?s kind of a joke. I don?t get it, personally. I think we can accomplish the same thing in a more professional manner,” he said in remarks reported by NBC Sports.

Logano was forced to miss practice because his car failed to get through qualifying inspection on Friday. In addition to taking away his ability to practice, NASCAR made Logano sit in his car on pit road while wearing his helmet, with his engine off and no phone.

None of that sat well.

?I had time for a lot of thoughts in there, mainly that it?s a joke,? Logano said. ?I don?t know why it has to be out on pit road. I mean, a penalty is a penalty. That?s fine, but there?s no reason to sit out there. I think it?s dumb, but that?s coming from a guy that just sat in a car for an hour sweating. That may not be the best thing to say, but it?s true.?

He’s not the only one who thought it was a dumb move on NASCAR’s part. Dale Earnhardt Jr. tweeted his feelings:

RELATED: NASCAR has found another way to infuriate fans.

So is why this is so important.

There have already been two wrecks during practice at New Hampshire Motor Speedway, and a new traction compound could be to blame for drivers being uncomfortable — and now Logano won’t have a chance to test the track before the race,

Officials added two strips of PJ1 Trackbite (VHT) above and below the racing groove in hopes that drivers will race side-by-side more frequently at Sunday’s Overton’s 301. Jimmie Johnson and Chase Elliott have already wrecked during practice.

According to Auto Week, Aric Almirola said he’s already noticed a difference at the track.

“It certainly moved the typical racing lane around from what we typically see here,” Almirola said. “It has been sort of a new race track so to speak. We typically run in that second lane off the yellow line and we usually dread getting up over that seam. If you look back at video of the races here, all the cars try to keep the right sides inside that seam.

“Now that third lane has the PJ1 in it and you see a lot of cars entering in that lane, straddling that seam and it certainly has thrown everybody a new race track here. I think it is going to change sort of the way we approach the race track and way we attack the corners.”

Related: A second Hendrick car wrecks in what is turning out to be a treacherous NHMS practice

Logano was one of the drivers who was hopeful that it will work since New Hampshire usually produces single-file racing. He said it’s a positive sign that NASCAR officials are willing to give it a try.

The concept behind the idea was that it would help drivers, but it’s seemingly having the opposite effect so far. At the very least, it will add excitement and uncertainty to Sunday’s race since drivers won’t be necessarily comfortable with the conditions.