NASCAR has found another way to infuriate its fans 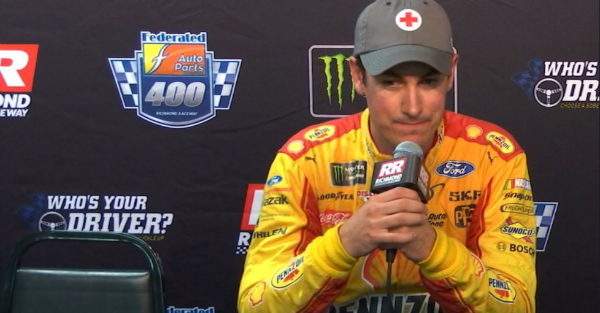 Fans have taken to social media to voice their displeasure over NASCAR forcing Joey Logano to sit on pit road during Saturday’s 50-minute final Cup series practice at NHMS.

Earlier, Logano was forced to miss the final practice because his car couldn’t pass pre-race inspection. He would have already missed practice on a track that has proved challenging (two wrecks in practice already) and he won’t have a chance to test out the and a new traction compound that’s been laid on the track. Moreover, he’s going to have to start last.

But it’s NASCAR mandating that Logano sit on pit road that has other drivers and fans infuriated.

That's stupid, Nascar is getting out of hand. What's the point in making @joeylogano just sit there

@jeff_gluck @team_penske @joeylogano someone needs to answer for these issues, avid fan upset! Seems Joey singled out by @NASCAR UGH!

@joeylogano You need to live tweet your 50 minutes sitting on pit road serving the penalty. #crazyshit

.@MartinTruex_Jr destroys car to avoid post race inspection, but @joeylogano has to sit on pitroad for 50 minutes for missing qualifying?? 😡 pic.twitter.com/UnvUXTf5AD