NASCAR analyst announces return to the track in 2018 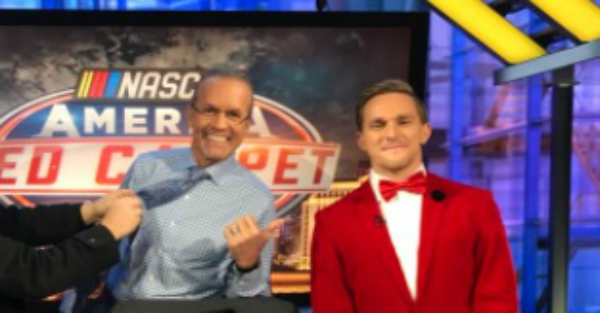 Some NASCAR drivers make the move to TV after they retire from racing. Some enjoy the best of both worlds.

Parker Kligerman is one of the “best of both worlds” guys.

Kligerman has raced in all three of the top series in NASCAR, including eight races in the Camping World Truck Series and one in the Xfinity Series last year. In his eight Truck Series outings he won at Talladega and had a total of five top-10’s. In addition to driving, he’s also an analyst for NBC Sports.

He also announced he’ll continue as a part-time driver for Henderson Motorsports for the second consecutive year.

Since 2009, Kligerman has raced for Penske Racing, Brad Keselowski Racing and Kyle Busch Motorsports just to name a few. He made the move over to Henderson last year and has enjoyed the small team atmosphere.

Chris carrier will be the crew chief of the No. 75 truck, with team owner Charlie Henderson at the helm.

“The Hendersons, myself and Chris, we’re all just a big family,” Kligerman said via frontstetch.com. “There’s no contracts, there’s no politics or anything, we just build the best race truck we can.

“I drive the best I can and we go out and see if we can win a race,” added Kligerman. “It’s very fun and gratifying.

Kligerman said he’ll race at Daytona and Atlanta, with another additional eight to 10 races to be added depending on how things go.