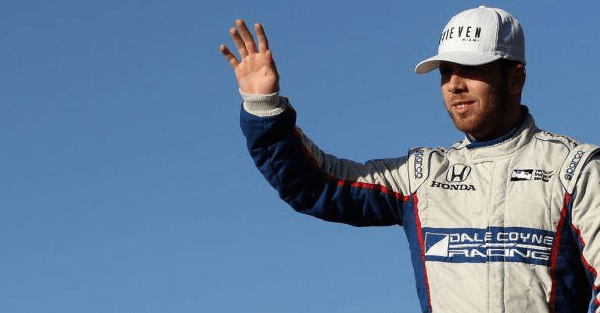 Chip Ganassi is easily one of the most successful owners in all of racing and after his newest signing he looks to continue his winning ways.

The team added rookie standout, Ed Jones, to take over the No.10 Honda and race alongside Scott Dixon. If Jones’s first season in IndyCar is any indication of what his future holds, they’ll be in great shape.

Managing director of Chip Ganassi Racing, Mike Hull explained to Racer.com exactly how the process came about, and a big part of a decision was going with someone he said doesn’t “need to be taught how to win.”

Hull said, “Ed was on our list at the very beginning, our search committee list. We were not only impressed this year with what he did in an IndyCar and how he conducted himself, but also in studying his background, and where he came from before he drove Indy cars, we know that he won in Formula 3 multiple times under pressure, in the European series and the British series.”

It was originally thought that CGR would be bringing in Porsche’s FIA WEC world champion and overall Le Mans winner Brendon Hartley to team up with Dixon. But what was once considered all but a done deal quickly unraveled upon Hartley’s newfound position the Scuderia Toro Rosso Formula 1 team.

The last time CGR signed an Indy Car driver with only one season of experience, it was Dixon. He has gone on to win four championships and an Indy 500. Needless to say that move paid off.