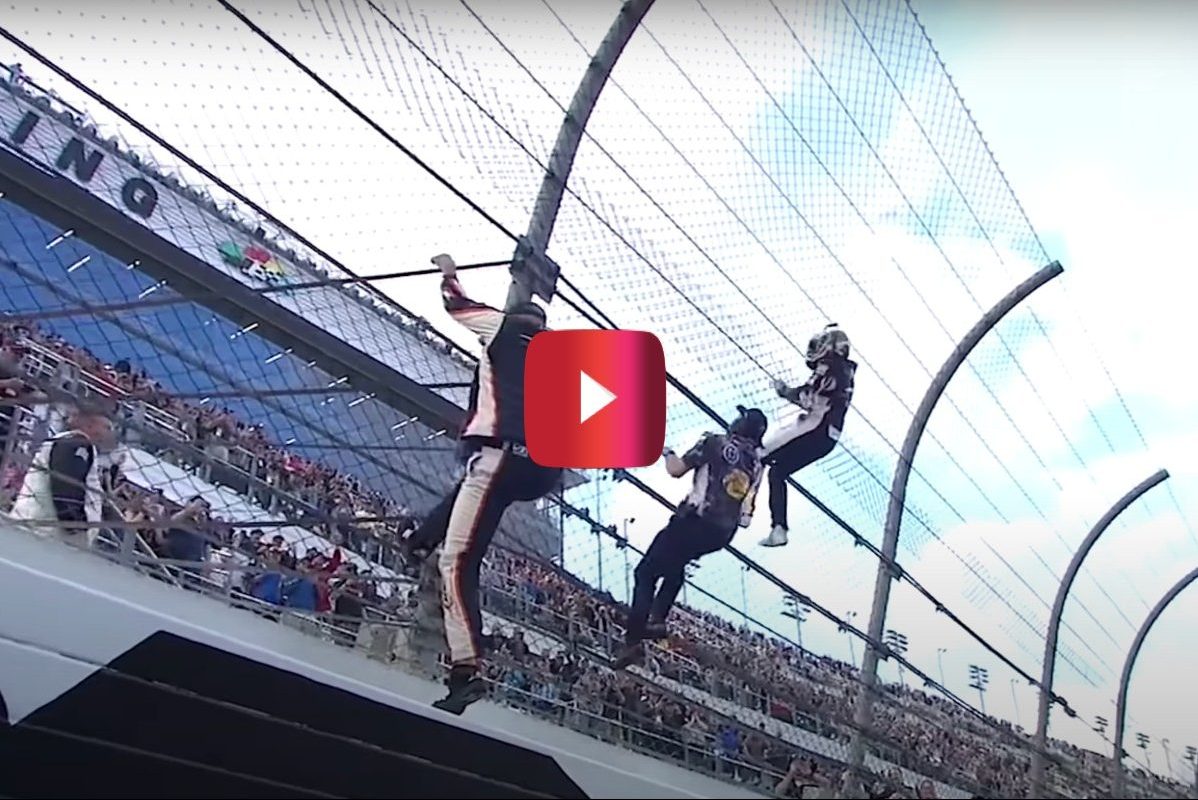 Bringing home the win in a NASCAR race is no easy task. Both the driver and the crew need to be firing on all cylinders to make it happen. Back in February 2020, Noah Gragson decided to make the most of first victory in the NASCAR Xfinity Series, and gave the crowd quite the spectacle during his celebration. You can’t blame the guy for enjoying his moment.

After 37 career starts, Gragson finally got his big break at one of the most famous tracks in the world: Daytona International Speedway. It came after a last lap crash, causing the race to end while Gragson had the lead. This also marked the third consecutive Daytona victory for one of Dale Earnhardt Jr.’s team at JR Motorsports. The greatest part of the whole moment was the celebration, so you should definitely check out the video below to see Gragson live in the moment.

Gragson starts off the show with a wicked burnout on the track (and partially in the grass), before standing on top of his car and throwing his hands in the air. Not only did he provide a smoke show, but he even caught the track on fire from the hot rubber. This was an accomplishment in itself for Gragson, and he kneels beside the fire wafting the smoke towards his nose. Even further, he continued to celebrate by climbing the safety fence with his crew to get the crowd riled up. He finished off the celebration by tossing his water bottle over the fence and into the crowd.

You have to love a guy that gets the crowd involved in the celebration. This was a well-earned victory, and I can almost guarantee it won’t be the last time you see Noah Gragson in victory lane, especially with Dale Jr.’s assistance. If any NASCAR driver happens to be reading this, take notes. That’s how you enjoy a victory!