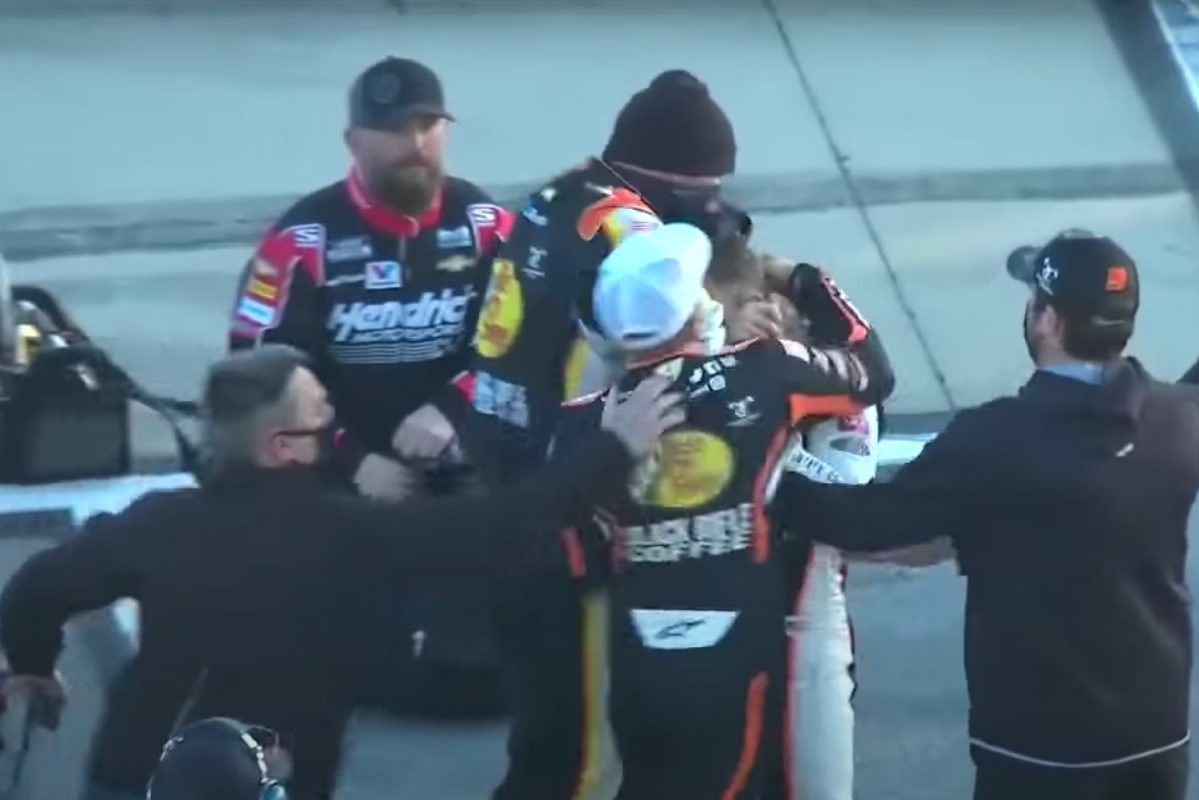 While Justin Allgaier held off Martin Truex Jr. to win last Saturday’s NASCAR Xfinity Series race at Atlanta Motor Speedway, it was the pit road fight between Noah Gragson and Daniel Hemric that made headlines.

The incident after the EchoPark 250 was initiated during attempted pit stops, when Gragson overshot his stall and backed up into Hemric?s car. While Gragson was doing a post-race interview, Hemric confronted and shoved Gragson, which Gragson responded to by taking a swing at Hemric.

Hemric tried defending himself, and as a member of Gragson?s crew attempted to pull Hemric away, Gragson hit Hemric in the face. NASCAR officials eventually restrained Gragson.

In an interview following the fight, Hemric, who drives the No. 18 Toyota Supra for Joe Gibbs Racing, explained why he decided to physically confront Gragson.

?[Gragson] had no idea what was going on out on the race track,” Hemric said.

“We come down the pit road. The guy pitted behind us, went to accelerate out as I was pulling into my box. It made me had to steer around the guy and go into [Gragson?s] box. I backed up. Yes, it messed up both of our pit stops. I backed up. He decided to put it in reverse and cram into the right front fender and put a hole our Poppy Bank Toyota Supra nose. We had to pit again and fix it.”

?That was completely deliberate. It?s absolutely ridiculous. Where I come from, you get your eye dotted when you do stuff like that.?

Hemric added, ?Oh yeah, [Gragson] crammed it into reverse and backed up. Punch a hole in the nose of our car, and I got one punch in his eye so we?re even.?

Gragson, who drives the No. 9 Chevrolet Camaro for JR Motorsports, also chimed in with his two cents regarding the altercation, saying, “I don?t know why [Hemric’s] mad.”

“We were behind him coming on to pit road ? He was in our pit box, and I had to come around him and not really sure why he was there. I had to back up and get there.”

“I’d be mad if I was in his shoes, too, just based off what he’s done in his career, but it is what it is and we’ll move on and keep on fighting.”

On Monday, NASCAR officials announced that neither Hemric nor Gragson would be penalized for the pit road dust-up.

?We reviewed the incident which occurred between the 9 and 18 cars on pit road during Saturday night?s race at Atlanta Motor Speedway, and met with Noah Gragson after the event,” NASCAR vice president Scott Miller said on SiriusXM NASCAR radio.

“A chain reaction of events led to the 18 and 9 both overshooting their pit stalls. The 9 ended up both long and out of his pit box to the outside, and needed to back up as far as possible to have any chance at fully pulling into his box. After reviewing the video, it is our judgement that the contact was not deliberate.?