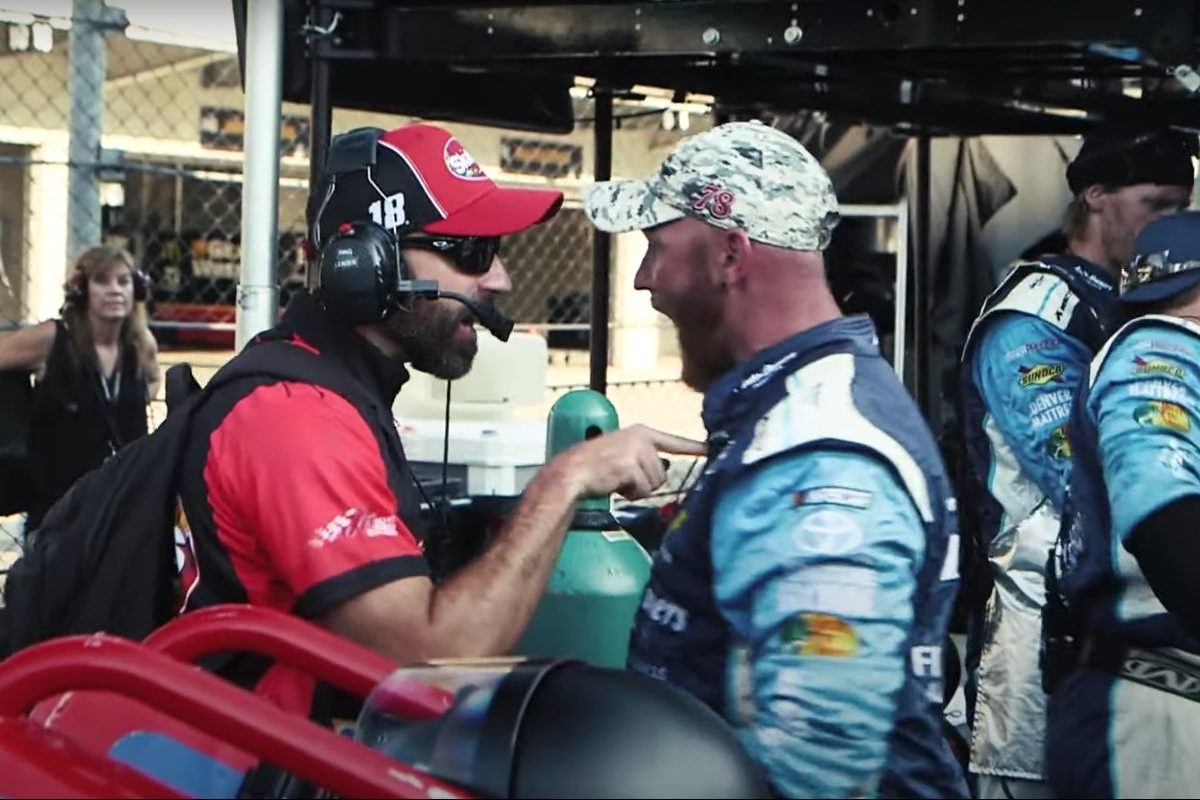 When NASCAR drivers wreck out of a race, it’s not just the racers themselves who tend to get heated. More often than not, you’ll also find that the pit crew members will want in on the action, for better or worse.

That’s when things turned confrontational, and only escalated further once Furniture Row’s Chris Taylor got into the mix.

Now, in case you didn’t know, Furniture Row, which closed in 2018, got its pit crew from JGR as part of their alliance. So, in the aftermath of the pitbox dust-up at Indy, JGR ended up suspending Cunningham and Taylor for three races.

As for Stevens, he later gave his side of the story to ESPN.

“I waited four or five minutes before I even left the box and was 100 percent focused on getting back to our trailer — I had no intention of stopping anywhere along the way,” Stevens said. “I was approached with some inappropriate comments and communication from a Joe Gibbs Racing employee, and it rubbed me the wrong way.”

“I took an opportunity to tell him what I thought about it.”

Stevens added that he wouldn’t have gone into the pit box if he hadn’t been provoked.

“I understand that’s a thing, but I just go back to being provoked by a Joe Gibbs Racing employee,” Stevens said. “I wasn’t thinking of going into their box at all. That thought never entered my mind until I was provoked.”

Gibbs himself later defended his decision to not suspend Stevens.

“I think we took everything into consideration and did what we thought was best,” Gibbs said. “That’s one of the best crews on pit road.”

While Stevens added, “The key to that is how the conversation was initiated. It would be no more appropriate or inappropriate if it happened in our own shop.”

As you can probably guess, there was likely a little more at play than just the wreck on race day. But, as is the case with most post-race fights, that was just the catalyst to send things over the edge.