The No. 27 is the hottest seat left, and Richard Children Racing is still quiet on its future 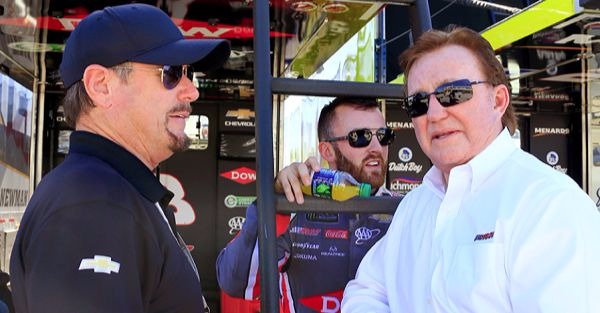 Richard Childress Racing has made a splash this of season with a number of moves.

It hired Andy Petree in an advisory role  and then named him Vice President of Competition.  It renewed its overall partnership and sponsorship of the No. 31 Chevrolet Camaro team driven by Ryan Newman, and entered into two other agreements; a partnership with Richard Petty Motorsports, with Petty is moving his operation to the Childress compound in Welcome, North Carolina, and a partnership with Dooling Hayward Motorsports to help develop drivers and crew members.

All that leaves one big issue — what’s going on with the No. 27?

The No. 27 remains open — Paul Menard left for Wood Brothers — as we’re now just about two months from Daytona. We know the team has a charter, and we know there are several drivers still looking for a ride, but we also know the team doesn’t have a sponsor for the car — and you can’t run a car with no money.

At this stage, you have to wonder whether the N0. 27 will see the track this season. It would be a shame if it didn’t. RCRacing — as noted above — has done a terrific job this off season setting itself up for success, and having the No. 27 would be another step in that direction.

It could also lease its charter for a year, and there are several teams that need one.