Richard Childress Racing enters into its second partnership this week 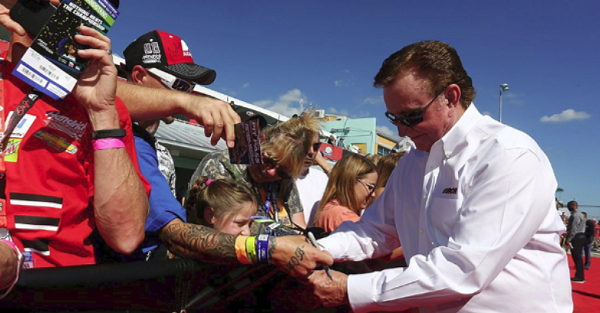 It’s been a busy offseason for Richard Childress Racing.

Having already announced it had entered into a partnership with Richard Petty Motorsports, the team revealed Friday that its entered a partnership with Dooling Hayward Motorsports. This new alliance goes into effect immediately and team owner Richard Childress is excited about its future implications.

?It?s important for our race team to align with a grassroots racing organization like Dooling Hayward Motorsports and develop young drivers and crew members,? said Richard Childress, according to NBC Sports. ?This partnership will be a great opportunity to continue our developmental program and invest in a race team that are proven winners.?

Dolling Hayward Motorsports was created in 2014 when Joe Dooling Jr. and Brodie Hayward came together to start the company. The team plans to run the No. 63 sprint car next year in the AMSOIL National Sprint Car Series with Brady Bacon as its driver.

?The opportunity to align with Richard Childress Racing came about and it was a perfect opportunity for us to grow as a race team. RCR is a world-class organization with great resources and personnel,” said Hayward, according to USAC Racing. “To integrate two legendary teams in the No. 63 and the multiple teams of RCR is organic. This opportunity can provide a clear path to develop young drivers into NASCAR with an already legendary well-established team.

?This is an exciting path to expose and expand awareness to our grassroots motorsports program along with tempting audiences from USAC and NASCAR to further viewership and support for both sports. Whether it?s on dirt or asphalt it will be exciting to see RCR colors united with Dooling Hayward Motorsports in this upcoming season and beyond.?

Petty is forming an alliance with Richard Childress Racing and will move his operation to the Childress compound in Welcome, North Carolina.

?We are in the process of moving from where we are now to closer to home, over in Lexington from Mooresville,? Petty said. ?We are off in the corner up at RCR. When you first come in you go by the museum and we?ve got the first building up there, so ? we?re on the campus but we?re really not on the campus. We are on the corner of the campus. I guess he (Richard Childress) done that so he could kick us out if we get to causing too much trouble up there.?

The alliance between Petty and Childress joins two of the biggest names in NASCAR. And at a time when Petty is excited to launch his 2018 season with Bubba Wallace driving the #43, he is naturally upbeat about where his team is headed.