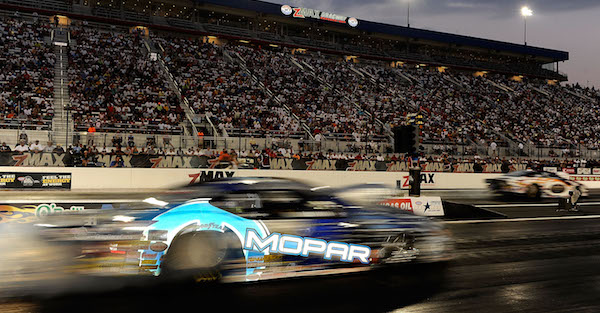 The NHRA is making a major change that will give teams far more options for its cars next season.

NHRA vice president of technical operations Glen Gray announced that it will allow teams to run any currently approved engine combination with any approved body, even if it’s different manufacturer. As a result, there will likely be more of a variety of entries.

In recent years, Chevy Camaros have been the most popular choice for drivers, but this new change could result in more Dodge Darts and Ford Mustangs.

Related: Would you be interested an American manufacturer dominating their Japanese competition in a race?

Jerry Haas, who has been building Pro Stock chassis for several decades, told Racer.com that the body types for all three cars are similar aerodynamically, so the new rule won’t give any manufacturer an advantage.

“Even before this announcement I’ve had some interest from people wanting to run Mustangs, and I’m sure that as soon as the announcement gets out there, I’ll get more calls and interest in the Dodges, too,” Haas said. “All three of the bodystyles ? Ford, Chevy, and Dodge ? are so close aerodynamically that there’s no advantage or penalty for choosing your favorite. They’re all so close its unreal.”

It would be interesting to see if NASCAR would ever make this kind of change. It could help attract another manufacturer to the sport, and t’s been rumored that NASCAR could make an effort to bring Dodge back soon.

It’s unlikely NASCAR would ever do this, but if it’s successful in NHRA, it could be worth examining in the future.