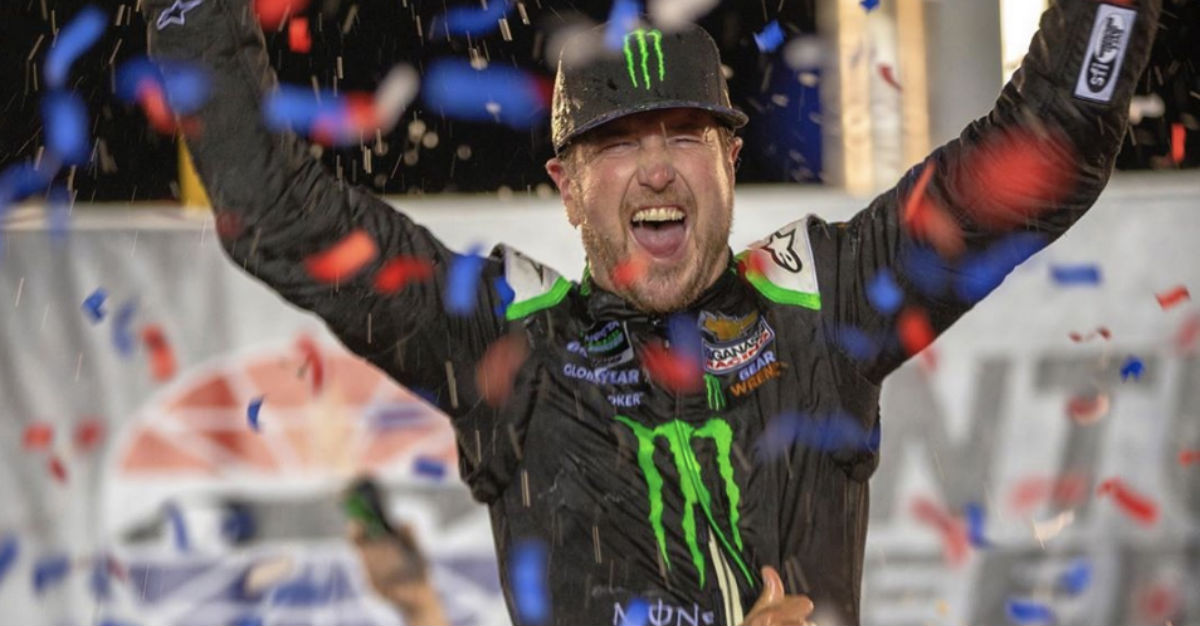 CHARLOTTE, N.C. (AP) ? Kurt Busch has been called many things during his tumultuous 20 seasons at NASCAR?s top level. He is ornery, easily unhinged and has lost control of his temper enough times that it nearly derailed his career.

But the most important descriptor for Busch is one often overlooked. He is a wheelman, one of the very best in NASCAR, and in the twilight of his career Busch has a chance to make that his lasting mark.

Busch beat his brother head-to-head for the first time at the Cup level in a dramatic, two-lap overtime shootout at Kentucky Speedway for Busch?s first victory with new team Chip Ganassi Racing. It was the third time Kurt and Kyle Busch have finished 1-2 in a Cup race, but the first time Kurt got the best of his little brother.

The win came a week after a horrible pit call in Daytona cost Busch and the No. 1 team a victory. Busch had slid through a massive accident unscathed to take the lead, and as NASCAR said the race was one lap away from resuming, crew chief Matt McCall called Busch in for a quick pit stop.

A lightning strike seconds later halted all action and the race was eventually called, costing Busch, McCall and Ganassi the victory.

So how sweet it was Saturday night when McCall used a late call to change four tires, putting Busch in position to challenge for the Kentucky victory when the race took a sudden turn and headed to overtime. Busch charged hard toward the front, eventually got alongside Kyle and neither refused to budge. Their cars touched, wiggled, Kurt appeared to bang the wall, both seemed to hanging onto the steering wheel as if they were racing for the NASCAR championship.

Read More: Kurt Busch on Brother Kyle?s Bristol Win: ?I Was Going to Wreck Him?

After Kurt got to the checkered flag first, he dove into the arms of his waiting crew, celebrated on the frontstretch, then did an old-school trip to victory lane with his crew riding along on his Chevrolet. One team member proudly waved the checkered flag for the journey.

The victory was the 31st career Cup win for Busch, the 2004 NASCAR champion, and extended his streak of winning at least one race a year to six consecutive seasons. Busch has just three winless years in 19 full Cup seasons ? his rookie year, and then in 2012 and 2013 when he was trying to salvage his career after he was fired by Roger Penske for too many public blowups.

But he landed at Furniture Row Racing in 2013 and was the conduit in building a backmarker team into a championship contender. Busch?s time with the Colorado-based team was just one season, but his knowledge of race cars and how to get the most out of his equipment set the framework for Martin Truex Jr.?s 2017 championship.

Busch spent five years at Stewart-Haas Racing, overshadowed by Kevin Harvick the entire time, and when a new contract didn?t materialize he moved to Ganassi and a struggling Chevrolet group. But if the car isn?t competitive, no one bothered to tell Busch, who has been among the top Chevy drivers all year.

He has 11 top-10 finishes through 19 races, and his Kentucky victory was the third consecutive for a resurgent Chevrolet effort. Busch has won with nine different crew chiefs in his Cup career, proving that in his case he can get it done if the car has speed.

Busch still has his cranky side, and he was difficult through the first third of the season with media because he didn?t like NASCAR?s policy that forced him to meet with reporters after qualifying. At Bristol early in the season, he essentially repeated the same answer verbatim to every question asked: ?The car was loose and we didn?t get a good time. I did one lap and I?m in here talking for 30th. Car was loose, we didn?t get a good time, I don?t know what I can help you guys with.?

After this weekend?s win, Busch insisted he has made gains in all those personal areas that have left black marks on his resume. He credited his wife, Ashley, a professional polo player, for helping him see the bigger picture and settle down just a bit.

?The power of positivity is something she?s taught me over these few years,? he said. ?You come in and you talk a game and you deliver it, and you do it with execution through team meetings, showing up early, staying late, and motivating guys to do a better job. And the way that I?ve won races in the past, I try to go after the weakness of a team and try to fix that first and then start to make things better as we go.?