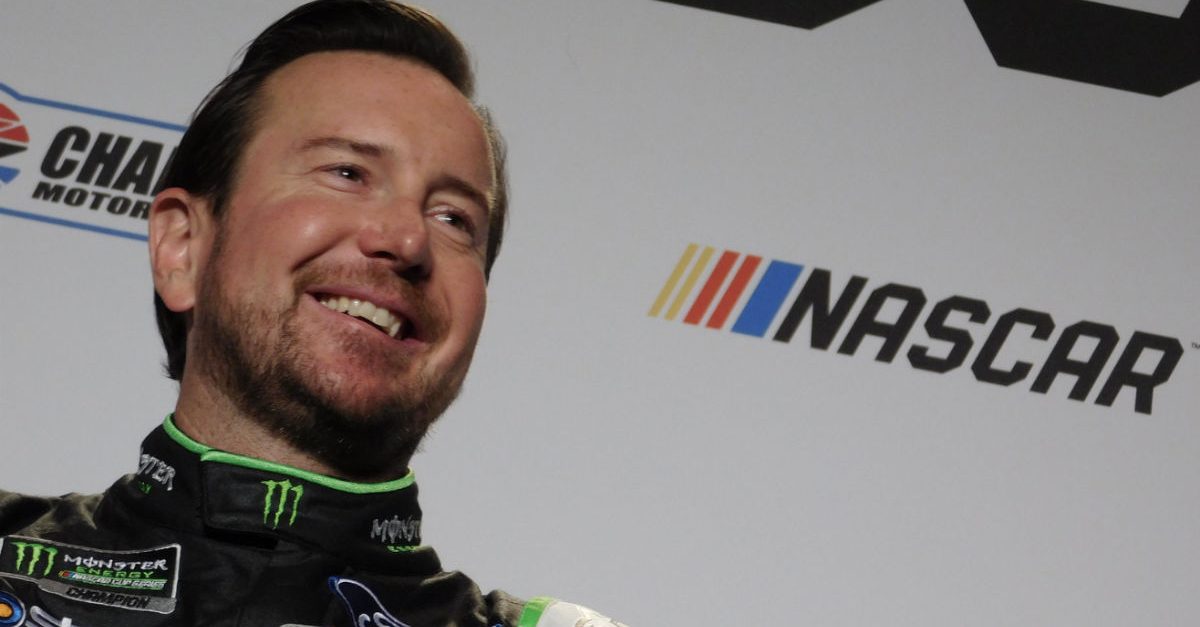 Kurt Busch may be seriously focused on having a successful 2019 NASCAR Cup Series season, but that doesn’t mean that he can’t do a little bit of good in the process.

The driver of the No. 1 Chevrolet Camaro ZL1 for Chip Ganassi Racing is thanking military members and veterans for their service in a pretty awesome way by partnering with the Veterans Tickets Foundation for the KB100 Ticket Giveaway.

I am appreciative of the sacrifice and commitment of our military services members and families. #KB100 is to honor them. Click the link to learn more —> https://t.co/XweKU2yoBT pic.twitter.com/psTGJ0atTy

On Tuesday, February 12, Busch announced that he will give away 100 tickets for each of the 36 Cup Series races this season to service members and vets. And he’ll be paying for those tickets himself. That’s a total of 3,600 tickets for all you math whizzes out there.

Thirty-time Monster Energy NASCAR Cup Series (MENCS) winner @KurtBusch will be donating 100 tickets to Vet Tix for each MENCS race in 2019! Busch will personally purchase the tickets for donation throughout the season. Thank you for giving back! Read more: https://t.co/Tfp0F65Gob pic.twitter.com/XfTI9agaRy

?I am appreciative of the sacrifice and commitment of our military service members and families,? Busch said in a media release. ?Family is what NASCAR is all about and I hope this experience at the track will be an enjoyable and fun-filled event.?

Set to kick off at the February 17 Daytona 500 — a race that Busch won back in 2017 — the KB100 Ticket Giveaway will end with the Ford EcoBoost 400 at Homestead-Miami Speedway on November 17.

After five years of driving the No. 41 for Stewart-Haas Racing, Busch officially moved over to Chip Ganassi Racing at the end of last season. With a career that spans 20 years, Busch has 30 wins, 137 top-five finishes, 280 top-10 finishes, and 27 pole positions in 648 races run. Oh, and he also has a Cup Series championship under his belt.

While he’s doing pretty awesome things off the track, he’s clearly no slouch on the track.