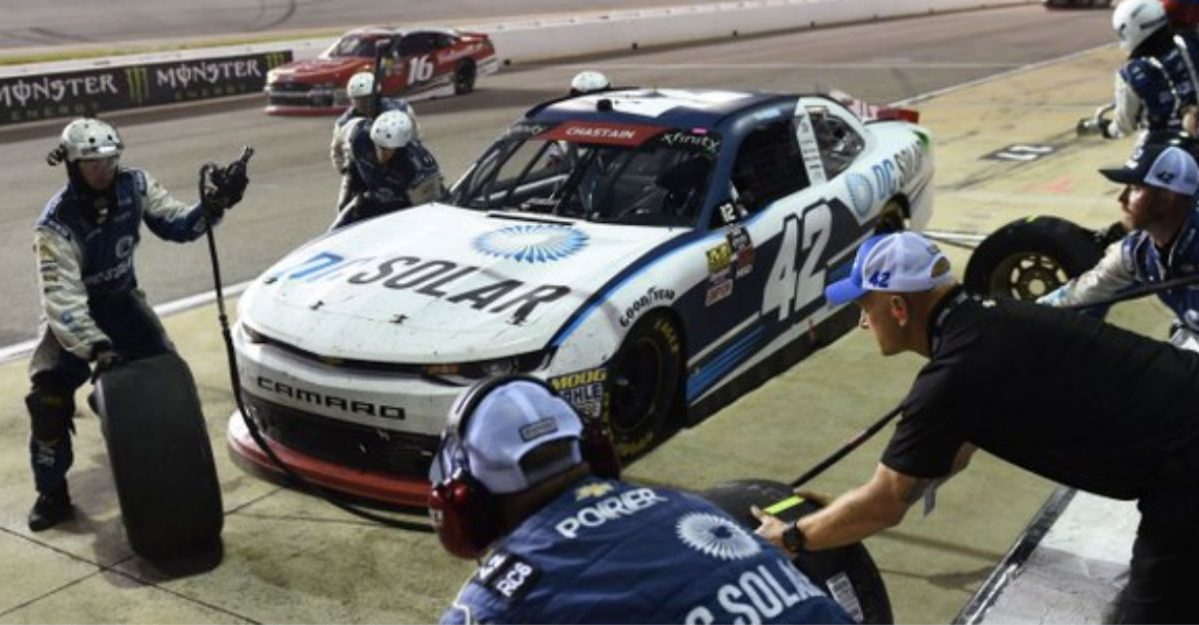 CHARLOTTE, N.C. (AP) ? Chip Ganassi Racing has shuttered its Xfinity Series team because of a sponsorship issue that arose after the FBI raided DC Solar’s headquarters and the home of the company owner.

The Ganassi team won six races last season with three different drivers and had committed to a full season in 2019 with Ross Chastain, a watermelon farmer who caught the eye of DC Solar owner Jeff Carpoff. It was Carpoff who pushed to get Chastain a chance in good equipment, and Chastain won his first career Xfinity race in September at Las Vegas in a Ganassi car.

In the wake of recent FBI raid on sponsor DC Solar, Chip Ganassi Racing is shutting down its Xfinity program due to a lack of funding. Gut-wrenching turn of events for @RossChastain and others on the team. @A_S12 was first to report. Here’s a statement: pic.twitter.com/m72kYGYc9n

Carpoff pledged enough money to get Chastain a fulltime ride that was announced in November. The FBI raid in California came last month and the agency has not commented on the reasons.

Ganassi said Friday his decision “comes with much anguish as this is a championship-caliber team and more importantly because it affects a number of good people’s livelihoods. Running a car without proper funding is difficult to do.”