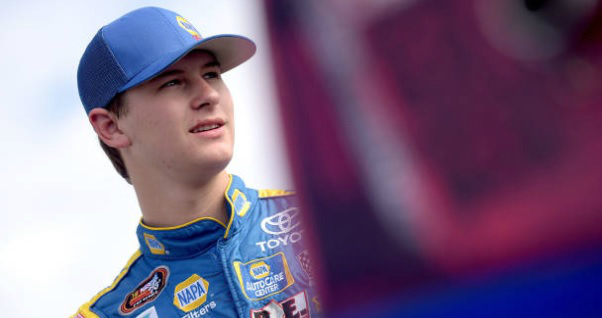 The 2018 NASCAR Camping World Truck Series is scheduled to get underway at Daytona International Speedway on Feb. 16.

What better way to prepare for the season than to look ahead at some of the drivers set to have a breakout season? According to NASCAR.com, the following five drivers will be the ones to watch.

Ryan Truex, the brother of Cup Series champion Martin Truex Jr., finished ninth in the Truck Series points standings for 2017, but finished in the top-5 in over one-third of his starts (8/23). If Truex can mange to find his way to a checkered flag, his ability to conquer the restarts will be a key to his success.

Ben Rhodes finished off his 2017 campaign with a fifth place finish in the points standings. He had one win, six top-5’s, and 12 top-10 finishes last season. He also had five DNFs. If he can bring that number down and convert those to successful finishes, there’s absolutely no reason he won’t be a serious contender for a championship.

Justin Haley debuted in the Truck Series last season as a full-time driver, but wasn’t even old enough to compete in the first two races. This coming season will be his first full-time in the series as an of-age adult. He finished the year in 12th place in the points standings, with 12 top-10 finishes and three top-5’s. A full 23-race season could be just what he needs to take that next step forward.

RELATED: One NASCAR driver really confused fans with a tweet that could be taken the wrong way

Todd Gilliland is coming off of back-to-back K&N Pro Series West championships and second place finish in the K&N Pro Series East last year. Gilliland ran six races in the Camping World Truck Series for Kyle Busch Motorsports last season, but will be making his full-time debut this year. He managed to finish in the top-10 in three of his six races last year, with two of those finishes coming in the top-5. With the power of a KBM truck, the sky’s the limit for Gilliland.

Stewart Friesen managed to finish 14th in the 2017 Truck Series points standings, even while missing four of the 23 races. He finished in the top-10 in four of his final seven races on the year in what appeared to be a much better second half of the season for the Canadian-born driver. He had the fourth-highest crash rate in the Truck Series at 0.47, nearly half of his races. If he can manage to keep his car under control, he’s got a real shot at competing at a high level in 2018.

Of the five drivers mentioned above, our personal favorite to see the most success is Todd Gilliland. Not only is he a very talented driver, but that combined with an extremely fast KBM truck should make for an interesting rookie campaign.