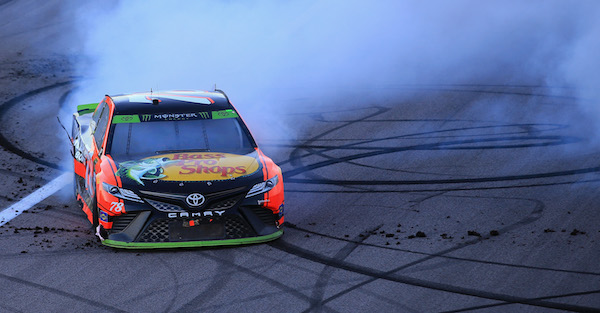 One of the biggest storylines of the 2017 NASCAR season was the notion that Toyota had an advantage over Ford and Chevrolet.

Martin Truex Jr. and Kyle Busch were the top two drivers in wins, and they both drove Toyotas. Toyotas also won eight of the 10 playoff races. Toyota unveiled a new Camry before the 2017 season, so it had the newest model of the three manufacturers.

Related: Brad Keselowski continued his crusade against Toyota to start the offseason

NBC NASCAR analysts Kyle Petty and Jeff Burton both addressed the issue, and they both said NASCAR executives still have work to do if they want to balance out the field.

“It’s going to be interesting to see what NASCAR does or how they try to balance the field,” Petty said via Yahoo Sports. “If they want true parity, they’re going to have to look at this at some point in time and try to figure out how to weigh it.”

Burton said it will be difficult for NASCAR to achieve parity at the moment.

“Is the parity of the manufacturers, is that such that you’re going to have to do a (car) submittal every year?’” Burton said. “So that Ford can go back … (and) resubmit the same car to be able to shift that downforce. I don’t think a Toyota makes more downforce than a Ford. I think it makes more rear downforce and less front and that was advantageous this year with the rules. That’s a tough situation for NASCAR to get a hold of.”

Maybe Chevy will catch up with Toyota next season with the new model of the Camaro, but it’s unlikely there is true parity between the three manufacturers next season. Perhaps Toyota’s advantage won’t be as extreme, but it’s hard to imagine all three being on a level playing field.