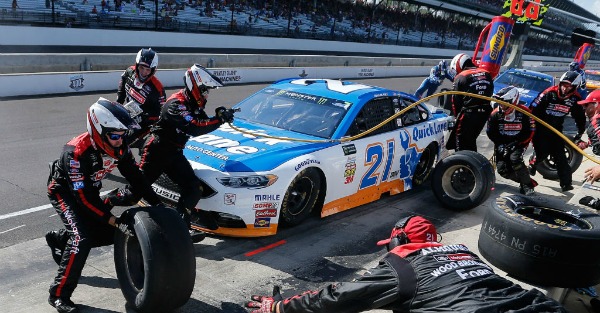 Ryan Blaney is moving from Wood Brothers Racing to Team Penske after this season, and the Wood Brothers have already found his replacement.

The team announced Wednesday that Paul Menard will take over the No. 21 car for Blaney in 2018. Owner Eddie Wood said in a statement it is “fantastic” for the team to continue competing in the Cup Series, and he said he looks forward to competing with Menard for “years to come.”

“I know this will allow us to continue to perform as an organization and will give Paul a great opportunity to go out there and compete for wins,” Wood said. “Paul is not only a great driver with a lot of experience in the Cup Series, but he?s great with partners, which is a big part of what we do these days. We are looking forward to finishing out this season with Ryan (Blaney), going for more wins and maybe even a championship, and continuing that with Paul in 2018.”

Related: One of NASCAR?s brightest young stars is switching teams in 2018

The 36-year-old Menard currently drives the No. 27 car for Richard Childress Racing. His lone Cup Series win came in 2011 at the Brickyard 400, and he is currently ranked 23rd in the points.

Menard said he hopes to continue the progress Blaney has made into the 2018 season and beyond.

“I?ve really enjoyed my time in NASCAR and as a Cup Series driver, but to get the chance to drive the iconic No. 21 for the Wood Brothers is the coolest thing I?ve ever got a chance to do,” Menard said. “I?m looking forward to working with the team, working with Roush Yates, Ford Performance and Team Penske to see what we can do.”

Menard will also run in a few Xfinity Series races with Team Penske next season.