Analyst projects NASCAR is about to get some amazing sponsorship news 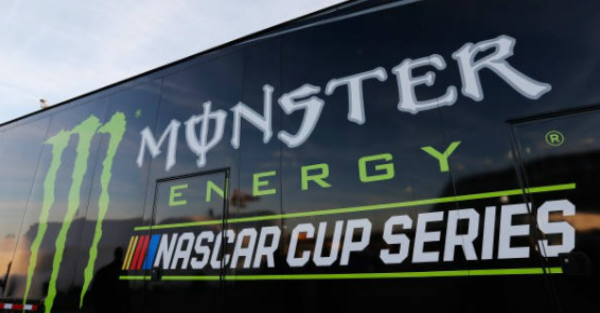 Monster Energy is entering into the second year of its two-year deal as the primary sponsor for the NASCAR Cup Series, with a two-year extension on the table.

NASCAR had originally given Monster a deadline of Dec. 31, 2017 to sign the renewal, but allowed more time as courtesy to the sponsor after they asked for an extension.

The first extension request was just after the first of the year, but Monster Energy then asked for a second extension until spring, NASCAR granted both extensions.

Beverage industry analyst Mark Astrachan at Stifel brokerage and investment banking firm believes Monster will agree to the extension to continue the partnership through the 2020 season, according to Adam Stern of the Sports Business Journal.

"We … ultimately anticipate Monster will renew the agreement." pic.twitter.com/wDKltwuQuF

One of the reasons for the anticipation of an extension is due to an increase in brand coverage and exposure surrounding NASCAR events in 2017.

Monster Energy CEO Rodney Sacks said although the company is still deciding on the option to renew their deal, they’re fully invested in the 2018 season. According to ESPN.com Monster Energy was still undecided on the renewal at an investors meeting this past Thursday.

"We’re evaluating where we are going forward in 2019 and thereafter. … But certainly this year we’re fully vested and excited about the opportunity." pic.twitter.com/HdtxYkrsXZ

As a whole, NASCAR has been battling to maintain sponsorship, but recently received great news when Coca-Cola renewed their deal for all three series through the 2023 season. Definitely a breath of fresh air during a rough patch for securing sponsors.

RELATED: NASCAR breaths a sigh of relief as a major sponsor renews deal for 6 years

While the hopes are high for the Monster Energy renewal, it will be interesting to see how it all pans out.