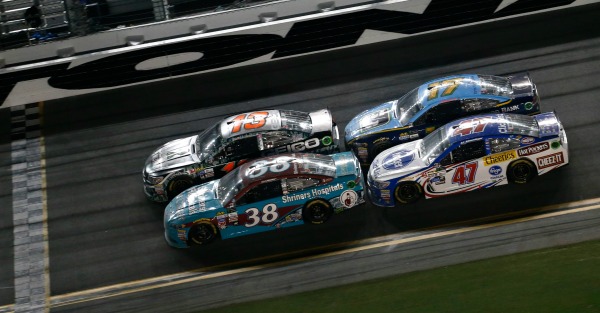 NASACAR announced today, on its website, that it has agreed to a deal with Coca-Cola that will extend its sponsorship through 2023.

The deal covers all three NASCAR series as well as the 12 tracks operated by the International Speedway Corp.

?The association with NASCAR, iconic tracks across the country, the Coca-Cola 600 and the Coca-Cola 400, and the drivers of the Coca-Cola Racing Family creates an ideal relationship between the brands, the sport and fans,” said Stuart Kronauge, SVP of Marketing & Business Unit President of USA Operations, The Coca-Cola Company. “It allows for a fully integrated experience that connects Coca-Cola with NASCAR fans at every level ? locally, nationally, at the track, in store, at home and elsewhere.?

Coca-Cola has had a strong relationship with NASCAR for 50 years, and this is a welcome respite from what has been a spate of bad sponsorship news.

NASCAR is in the hunt for a new beer sponsor, as Miller Coors announced in November that it won’t renew its Coors Light deal that was worth about $4 million a year to the sport.

In 2017, NASCAR has lost 3M,  AARP, Quicken Loans, Dollar General,  and Target, to name a few sponsors. Not only have there been high profile sponsor defections, but a race track has even decided to stop running short track races because they’re just not that popular anymore.

Even more worrisome, Monster Energy still hasn’t decided whether it will continue as the sport’s primary sponsor past this season.  Monster has asked for a second extension — it was supposed to decide by the end of 2017 — and now has until spring to make up its mind. But the warning signs are flashing that they might be searching for a new sponsor for the second time in three years.