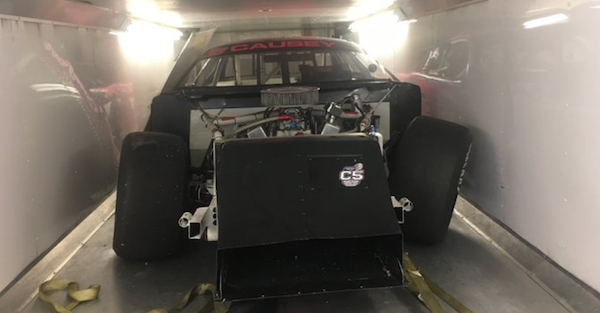 Macy Causey crashed into the wall at Dominion Raceway in Virginia, and the 16-year-old was hospitalized following the wreck.

The 16-year-old was driving 130 mph when Mike Darne made contact with her No. 33 car and sent her spinning into the concrete wall.

Causey, who was selected as a part of Rev Racing’s 2017 Drive for Diversity program, said the collision knocked her out for about 15 seconds.

Since she was knocked unconscious, Causey had to go to the hospital for a CT scan and X-rays. She was released from the hospital early on Sunday morning, and she already has her sights set on returning to the track this weekend.

Thank you everyone that checked on me after going to the ER after the wreck. test came back looking good! Thought it was our night to win. pic.twitter.com/cSRYkjWhI9

Causey wants to race this weekend at her home track at Langley Speedway in Hampton but doctors have to clear her first.

“I’m cleared to race and that’s what I’m looking forward to,” said Causey via the Williamsburg Yorktown Daily. “I can put [the wreck] behind me. I’ve gotten into pretty bad wrecks before.”

If Causey has her way, she’ll be back on the track this weekend despite the brutal crash.