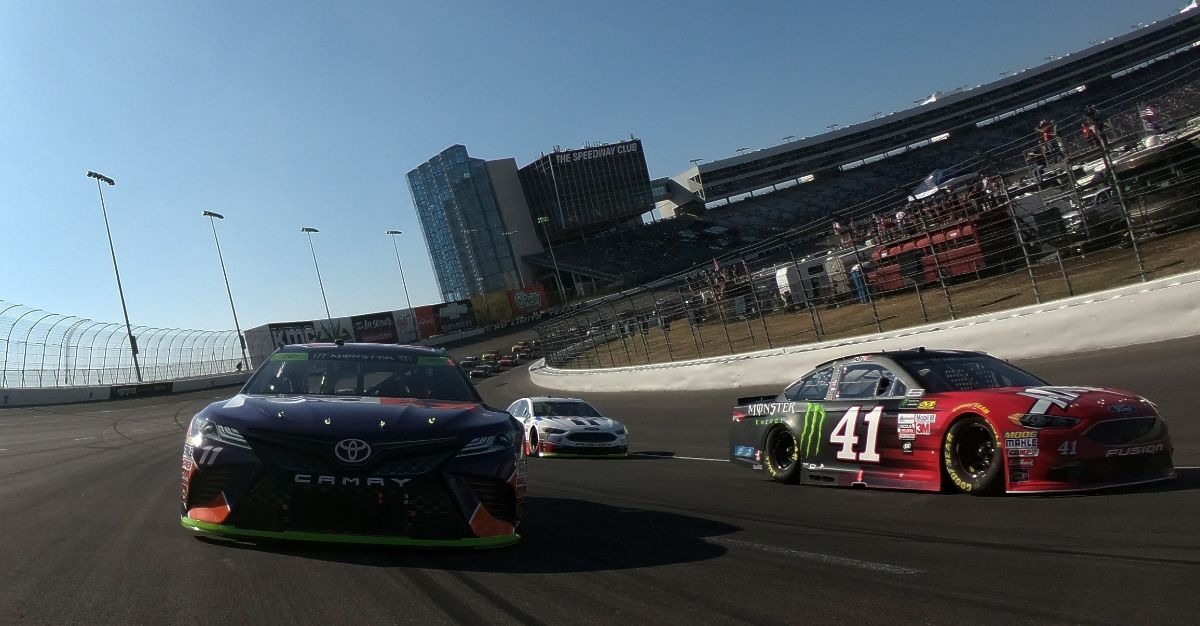 Formula One is under new ownership, and Liberty Media is making a big push to become more relevant in North America. Of course, this is NASCAR’s turf, so the two sport’s competition is about to ramp up. Recently, F1 teams and drivers have even been using NASCAR as a pejorative term, holding it up as an example of bad racing that should be avoided at all costs.

So far, NASCAR has stayed quiet about F1’s trash talk, but the question is: Should NASCAR fight back?

Our own Anthony Brown, Ray Marcano and Cole Frederick weigh in:

Anthony Brown: I actually like the cold shoulder approach NASCAR is taking. Formula 1 is used to being top dog, but this is NASCAR country. Ignoring their advances and trash talk almost comes off as a power move. NASCAR seems to know that they have nothing to gain by getting into it with F1, and could actually give their rival more credibility if they acknowledge them.

Formula 1 is facing an uphill battle to gain relevance in the US, and NASCAR ‘being the bigger man’ in this rivalry is in their best interest.

Ray Marcano: NASCAR should do what you do to any bully — punch ’em in the nose as hard as you can. F1 is making a huge play in the United States. They’ve opened an office in NYC in order to snag sponsorship dollars. They’re looking to expand road racing in the United States. They have sexy names like Mercedes and Ferrari and Alfa Romeo is coming back in 2018. With the constant trashing of NASCAR, F1 is — subliminally, anyway — trying to tell younger fans that “We’re sleek and cool, and NASCAR is dull as dirt.” F1 can read the numbers as well as anyone, and knows NASCAR’s TV ratings and on-track attendance continues to trend down while F1’s audience is trending up. It’s a great time to use NASCAR as a pejorative noun, and NASCAR shouldn’t stand for it.

Cole Frederick: Formula 1 is making a concerted effort to take over some of NASCAR’s territory, and F1 teams and drivers have been openly critical about the racing in NASCAR. The biggest reason why NASCAR drivers haven’t fought back is because they aren’t really in a position to do so. F1’s criticisms of NASCAR are mostly true, and that was evident in a sluggish season for NASCAR in 2017.

However, F1 is also coming off of a lackluster season. The season finale at Abu Dhabi was one of the most boring F1 races in recent memory, and new CEO Chase Carey even admitted as much after the season. So, while F1’s criticisms of NASCAR are mostly true, it isn’t in much of a position to talk trash or try to expand its product to gain more of an audience in North America. NASCAR teams and drivers can’t really talk trash back because they are facing similar problems, but in actuality, neither side is in much of a position to trash talk the other at this point.