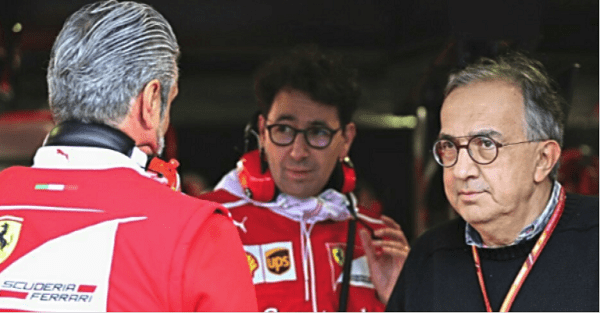 Ferrari is the only brand to compete in every F1 season since 1950, but that could all change following the 2020 season.

“Making cars all the same with simpler and cheaper engines is like NASCAR, it doesn’t interest us,” Marchionne said, according to Eurosport. “We need to find a balanced solution for the future that satisfies everyone and I think we will do it in time.

“Otherwise Ferrari will leave,” he added. “If they (sceptics) think we are bluffing, they are playing with fire.”

Marchionne said Ferrari could potentially start its own racing series to rival F1, but would like to remain in the series as long as compromises are reached that won’t “leave Ferrari without the possibility of showing its DNA in every race.”

“Democracy has no place in Formula 1,” Ecclestone said, according to The Drive. “The new owners will soon realize this because so far they have achieved nothing.”

“The old game,” Ecclestone said. “If they don’t win, there is usually panic. Max Mosley and I could write a long list of all the times we helped Ferrari, but they always deny it.”