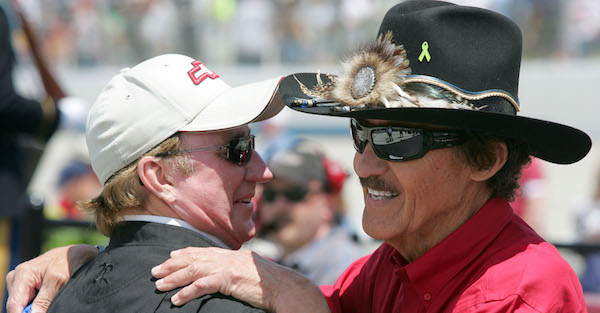 Jerry Markland/Getty Images
during the NASCAR Sprint Cup Series Autism Speaks 400 at Dover International Speedway on May 16, 2010 in Dover, Delaware.

President Donald Trump recently called out athletes kneeling for the national anthem, and he has been especially critical of players in the NFL and NBA.

Related: One issue threatens to overshadow everything that happens today in NASCAR and at NHMS

NASCAR drivers past and present, such as Austin Dillon and Tony Stewart weren’t concerned about drivers kneeling for the national anthem. Team owner Richard Childress made a very strong statement regarding what he would do if someone on his team decided to kneel for the anthem, and he didn’t mince words before Sunday’s race at New Hampshire.

Richard Petty said that anyone who doesn’t stand for the anthem should be kicked out of the country.

“Anybody that don?t stand up for the anthem oughta be out of the country,” he said in remarks reported by the Associated Press. “Period. What got ?em where they?re at? The United States.?

Dillon told USA Today that NASCAR is a very patriotic sport and he doubts anything will happen at a NASCAR event.