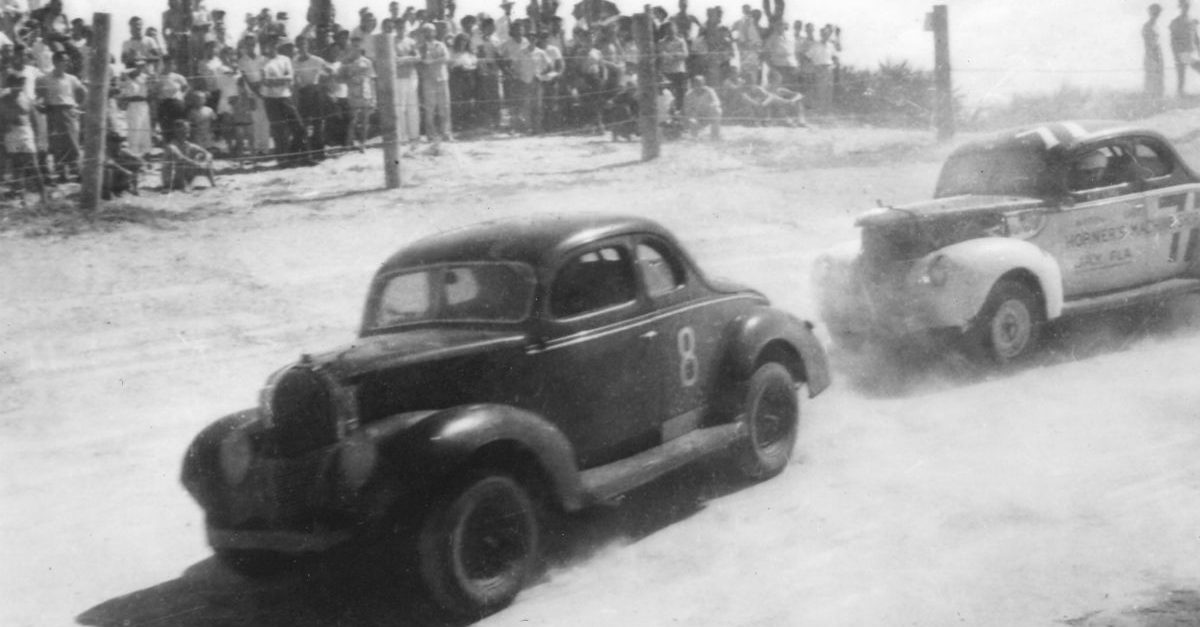 Whether you’re a longtime NASCAR fan, an interested newcomer, a casual observer, or a former fan who has since abandoned American stock car racing altogether, you’re probably at least somewhat aware of NASCAR’s ongoing struggles to retain its audience.

Now, there have been plenty of practical suggestions to help inject life back into the sport: a more stack Cup Series schedule, different types of races, more energetic personalities in the broadcast booth (I see you, Dale Jr.) But, truth be told, these practical ideas haven’t exactly been working and, simply put, practically is boring. That’s why, with hot take after hot take, I’m cooking up some outside-of-the-box ideas that would, ideally, result in me singlehandedly saving NASCAR. You’re welcome in advance.

My latest solution to restore dignity to the once-prestigious sport? Bringing back beach racing.

All you NASCAR history buffs out there may remember that way back in the day, in a little place called Daytona Beach, Florida, there were actual races on the beach itself. This was before the days of Daytona International Speedway, of course.

As a matter of fact, NASCAR had its first ever event at the Daytona Beach Road Course days before the association was an official sanctioning body. Once larger crowds started to flock to Daytona Beach and more drivers were angling for race track time, Bill France came up with the idea for Daytona International Speedway, which was completed in 1959. In other words, beach racing has worked in the past, despite it only being in the early days of NASCAR.

Some of you are likely thinking to yourselves that something seriously changed between then and now that would make the idea of a NASCAR race on a beach not feasible. But, for those of you who doubt beach racing’s ability to bring in an audience, I have two words for you: spring break. Daytona Beach is one of the hottest college spring break locales in the U.S., and with thousands of kids flocking to the beach every March and April, it would be a perfect opportunity for Daytona to reel in that younger demographic.

Of course, considering its historical importance, Daytona would only be the first testing ground for the resurgence of beach races. And after the inaugural event was a complete and total success (because naturally it would be), then this would pave the way for additional beach road courses all over the country. I’m talking courses in Charlotte, Talladega, and even Northern Michigan.

So, are you ready to hop onboard the beach racing movement? If not, that’s fine, too. More beach for the rest of us.