NASCAR Bans Confederate Flag From All Events and Properties 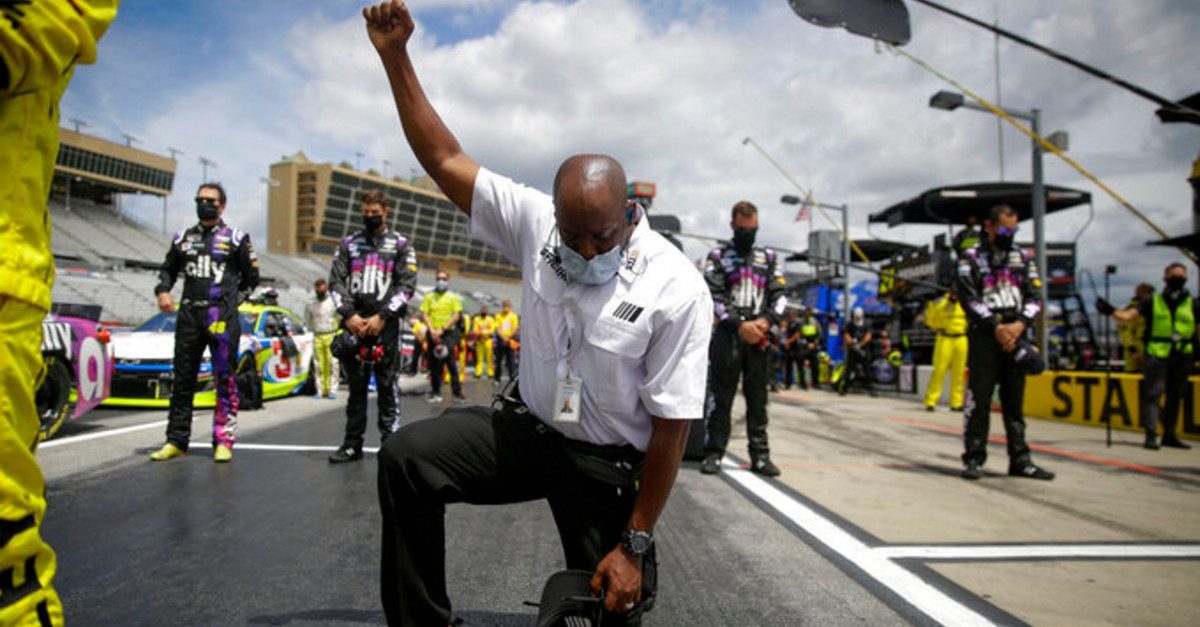 NASCAR has banned the Confederate flag from all races, events, and properties, the auto sanctioning body announced ahead of Wednesday night’s race at Martinsville Speedway in Virginia.

?The presence of the confederate flag at NASCAR events runs contrary to our commitment to providing a welcoming and inclusive environment for all fans, our competitors and our industry,” NASCAR said in a prepared statement.

“Bringing people together around a love for racing and the community that it creates is what makes our fans and sport special. The display of the confederate flag will be prohibited from all NASCAR events and properties.?

The decision comes more than two weeks after the death of George Floyd, who was killed after former Minneapolis police officer Derek Chauvin knelt on his neck for eight minutes and 46 seconds, despite Floyd repeatedly saying, ?I can?t breathe.? This ignited a flurry of protests across the country, many of which have successfully led to the removal of several Confederate monuments and symbols in the South.

?No one should feel uncomfortable when they come to a NASCAR race. It starts with confederate flags,? Wallace told CNN’s Don Lemon. ?Get them out of here. They have no place for them.?

The NASCAR driver continued, ?What I?m chasing is checkered flags, and that was kind of my narrative, but diving more into it and educating myself, people feel uncomfortable with that.”

“People talk about that. That?s the first thing they bring up. So there?s going to be a lot of angry people that carry those flags proudly, but it?s time for change. We have to change that. And I encourage NASCAR ? and we will have those conversations ? to remove those flags.?

Wallace, a 26-year-old Alabama native who drives the No. 43 Chevrolet for Richard Petty Motorsports, also recently made headlines for wearing an ?I Can?t Breathe/Black Lives Matter? T-shirt ahead of last Sunday night’s race at Atlanta Motor Speedway.

?Our country is in pain and people are justifiably angry, demanding to be heard,? Phelps said. ?The black community and all people of color have suffered in our country, and it has taken far too long for us to hear their demands for change. Our sport must do better. Our country must do better.?

?The time is now to listen, to understand and to stand against racism and racial injustice,? Phelps said. ?We ask our drivers, our competitors and all our fans to join us in this mission, to take a moment of reflection, to acknowledge that we must do better as a sport, and join us as we now pause and take a moment to listen.?

The Confederate flag had been a reoccurring sight at NASCAR events for more than 70 years, particularly among NASCAR’s core southern demographic. When former chairman Brian France attempted to ban the flying of Confederate flags at racetracks in 2015, he was met with stiff opposition from fans.

NASCAR did not lay out how it planned to enforce its policy banning Confederate flags, though the league is still in the process of reopening events to fans.