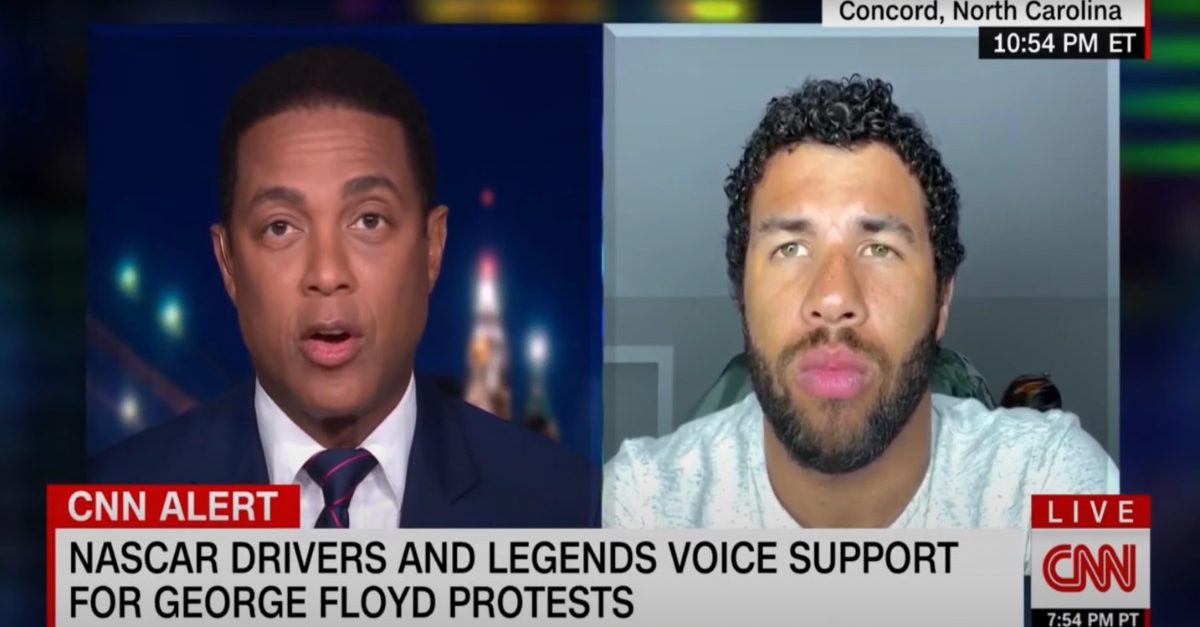 NASCAR driver Bubba Wallace wore an “I Can’t Breathe/Black Lives Matter” T-shirt and donned an American flag coronavirus mask, while he and his fellow drivers observed a powerful moment of silence ahead of last Sunday’s race at Atlanta Motor Speedway. Wallace, who is the first full-time African-American driver in the NASCAR Cup Series since 1971, has been NASCAR’s most outspoken voice amid the protests over the death of George Floyd at the hands of a former Minneapolis police officer.

Wallace has already voiced his strong and heartfelt message against racial injustice in conversations with such NASCAR drivers as Dale Earnhardt Jr. and Ty Dillon, sharing his own experiences with racial profiling and police brutality. Now, the 26-year-old driver of the No. 43 Chevrolet for Richard Petty Motorsports is calling for change, specifically within NASCAR.

In an interview with CNN’s Don Lemon on Monday, Wallace held that one of the first changes should be for NASCAR to remove all Confederate flags from racetracks.

“No one should feel uncomfortable when they come to a NASCAR race. It starts with confederate flags,” Wallace said. “Get them out of here. They have no place for them.”

Wallace also admitted that while he had previously never given much thought to Confederate flags as symbols, he has since taken a strong stance against their public demonstration after looking more into it.

“What I’m chasing is checkered flags, and that was kind of my narrative, but diving more into it and educating myself, people feel uncomfortable with that,” Wallace continued. “People talk about that. That’s the first thing they bring up.”

“So there’s going to be a lot of angry people that carry those flags proudly, but it’s time for change. We have to change that. And I encourage NASCAR — and we will have those conversations — to remove those flags.”

While Wallace realizes that his opinion may not be the most popular among all NASCAR fans, he believes that it’s something that the auto sanctioning body needs to take seriously.

“We should not be able to have an argument over that,” he said. “It is a thick line we cannot cross anymore.”