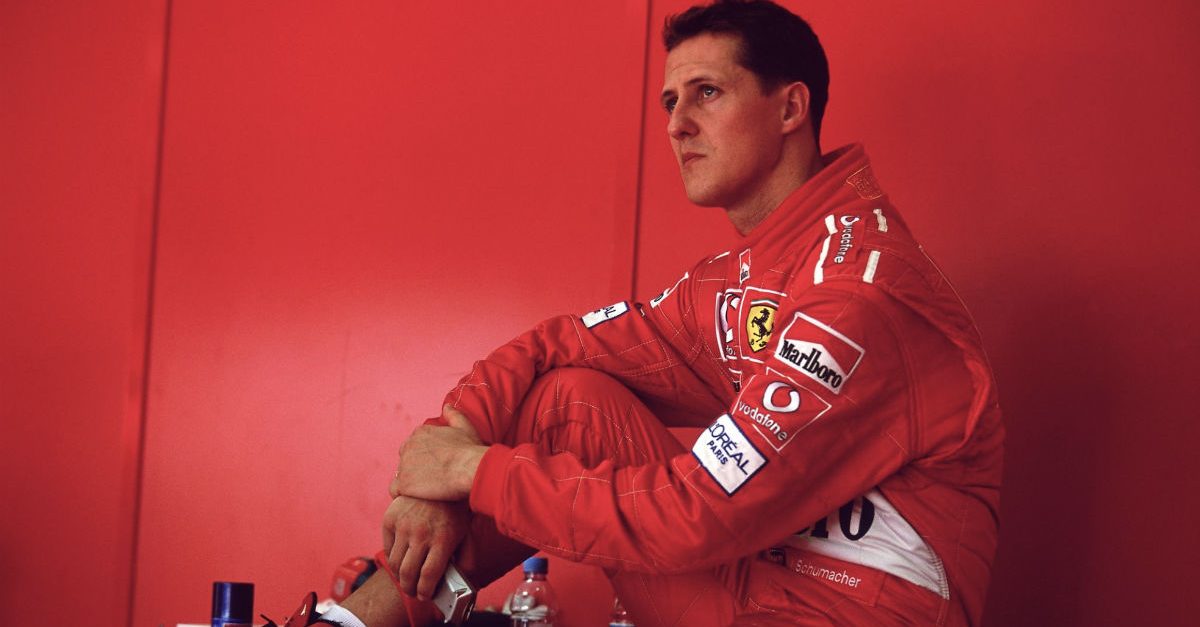 Against the backdrop of celebrations marking Michael Schumacher’s 50th birthday on Thursday, the medical condition of Formula One’s most successful driver remains just as fiercely guarded by his close family.

More than five years after a near-fatal brain injury in a skiing accident, the seven-time F1 champion continues to be cared for in total secrecy at home in the quiet Swiss town of Gland on the shores of Lake Geneva. He has been there since being transferred from a hospital in September 2014.

“You can be sure that he is in the very best of hands and that we are doing everything humanly possible to help him,” Schumacher’s family said in a rare statement Wednesday. “Please understand if we are following Michael’s wishes and keeping such a sensitive subject as health, as it has always been, in privacy.”

Statement of Michael's family: "We are very happy to celebrate Michael's 50th birthday tomorrow together with you and thank you from the bottom of our hearts that we can do this together. As a gift to him, you and us, Keep Fighting Foundation has created a virtual museum. The Official Michael Schumacher App will be released tomorrow, so that we can review all together Michael's successes. The app is another milestone in our effort to do justice to him and you, his fans, by celebrating his accomplishments. We wish you a lot of fun with it. Michael can be proud of what he has achieved, and so are we! That's why we remember his successes with the Michael Schumacher Private Collection exhibition in Cologne, by publishing memories in social media and by continuing his charitable work through the Keep Fighting Foundation. We want to remember and celebrate his victories, his records and his jubilation. You can be sure that he is in the very best of hands and that we are doing everything humanly possible to help him. Please understand if we are following Michael's wishes and keeping such a sensitive subject as health, as it has always been, in privacy. At the same time we say thank you very much for your friendship and wish you a healthy and happy year 2019." @keepfighting #Michael50 #TeamMichael

It was while skiing with his teenage son Mick in the French Alps at Meribel that Schumacher fell on Dec. 29, 2013. He hit the right side of his head on a rock, splitting open his helmet. Doctors at Grenoble hospital removed blood clots, but others were left untouched because too deeply embedded in his brain.

With unsourced stories abounding, updates on his condition went from scarce to non-existent as his family closed ranks around him. But the family understands the level of devotion toward Schumacher from his legions of fans.

Coinciding with his birthday, the family is releasing the Official Michael Schumacher App offering a virtual museum tour of his greatest achievements.

“The app is another milestone in our effort to do justice to him and you, his fans, by celebrating his accomplishments,” the statement said.

Many of those accomplishments were with Ferrari, where the German driving ace won five titles. The Italian manufacturer is honoring his 50th with a special museum exhibition of his achievements at its Maranello headquarters in northern Italy.

His stature is Ferrari folklore is immense, while his impact on F1 is unparalleled with perhaps the exception of the late Brazilian great Ayrton Senna.

Schumacher’s winners’ aura was perhaps unfairly viewed from the outside as cold and distant, when in essence he was incredibly appreciative of those he worked closely with. In 2000, he delivered Ferrari from years of frustration with a first world title since Jody Scheckter in 1979.

At the time, Schumacher spoke about the emotions he felt as the team celebrated wildly around him.

“Those faces. Bright eyes everywhere and everyone cheering,” Schumacher said in recognition. “I would have loved to hug and kiss each and every one of them.”

Schumacher won the next four F1 titles ? even securing the 2002 title an astonishing six races before the end ? on his way to a record 91 GP wins. His speed, consistency and work ethic were all unmatched.

“He was winning races sometimes he shouldn’t have won,” said F1’s managing director Ross Brawn, who worked with Schumacher on all seven F1 titles. “He just had a majesty about him in that period.”

During Schumacher’s glory years, F1 even rivaled soccer as the No. 1 sport in Italy ? quite an achievement. Memorabilia from those halcyon days, including cars and race-worn helmets, has been on display in the German city of Cologne at The Michael Schumacher Private Collection since June of last year.

“Michael can be proud of what he has achieved, and so are we,” his family’s statement said. “We want to remember and celebrate his victories, his records and his jubilation.”

Schumacher has not been seen in public since his accident.

Brawn and Jean Todt ? the head of motorsport’s governing body FIA ? are very close friends and have visited him at his Swiss home. Brawn reiterated the need for Schumacher to be shielded from the media spotlight.

“I am constantly in touch with (Schumacher’s wife) Corinna and I totally agree with their decision,” Brawn said. “Michael has always been a very private person.”

The exhibitions in Cologne and Maranello are initiatives of the Keep Fighting Foundation, launched by Schumacher’s family and of which Brawn and Todt are trustees.

Read More: Racing Champion Said He Doesn?t Have the ?Desire? to Break This Record

We join the whole of the #F1 family in sending Michael @Schumacher our very best wishes on his 50th birthday#KeepFightingMichael #Michael50 pic.twitter.com/jrewTNipSb

It was then-Ferrari general manager Todt who persuaded Schumacher to join him there after world titles with Benetton in 1994 and 1995, where he had developed a dazzlingly successful rapport with Brawn.

Todt rarely speaks publicly about Schumacher, out of respect, but revealed he watched the Brazilian GP with Schumacher at his Switzerland home in November.

“He was doing lap times on less fuel than the others, and beating them by a mile,” Brawn said, underling how even then Schumacher was “clearly incredibly quick.”

They started working together at Benetton in 1991. A year later, Schumacher won his first F1 race at the Belgian GP and his astonishing career took off.

“In ’94 when he won the first championship he was incredible,” Brawn said.

Given his age and lack of experience at the time, Schumacher’s breakthrough Benetton days were arguably equal to his stellar time with Ferrari.

Five-time F1 champion Lewis Hamilton has Schumacher’s records within his sights, and age relatively on his side.

Given that the British driver is contracted with Mercedes for at least this season and next, he has a strong chance of equaling Schumacher’s seven titles and number of race wins.

The 33-year-old Hamilton has won 73 races ? 18 behind but with a slightly higher win ratio than Schumacher had.

They are level for most podiums in a season with 17. But Schumacher leads him in terms of consecutive podiums finishes overall 19-16, as well as fastest laps with a staggering 77-41.

Schumacher also holds the F1 record for most wins at a single race: eight at the French GP.

Wishing you a happy birthday, Michael. 50 years of life and a legacy that will last forever. What an honour it is to say that I have raced with you. You’ve always been a true inspiration to me and the entire world. Keep fighting, Champ 🙏🏾- LH

All eyes will be on Mick Schumacher this year as he competes in F2 with the Prema Racing team.

It was another racing title for the Schumacher family, and maybe not the last.

If Schumacher wins the F2 championship in 2019 then he, like other drivers such as Ferrari’s Charles Leclerc, could well be fast-tracked into F1.