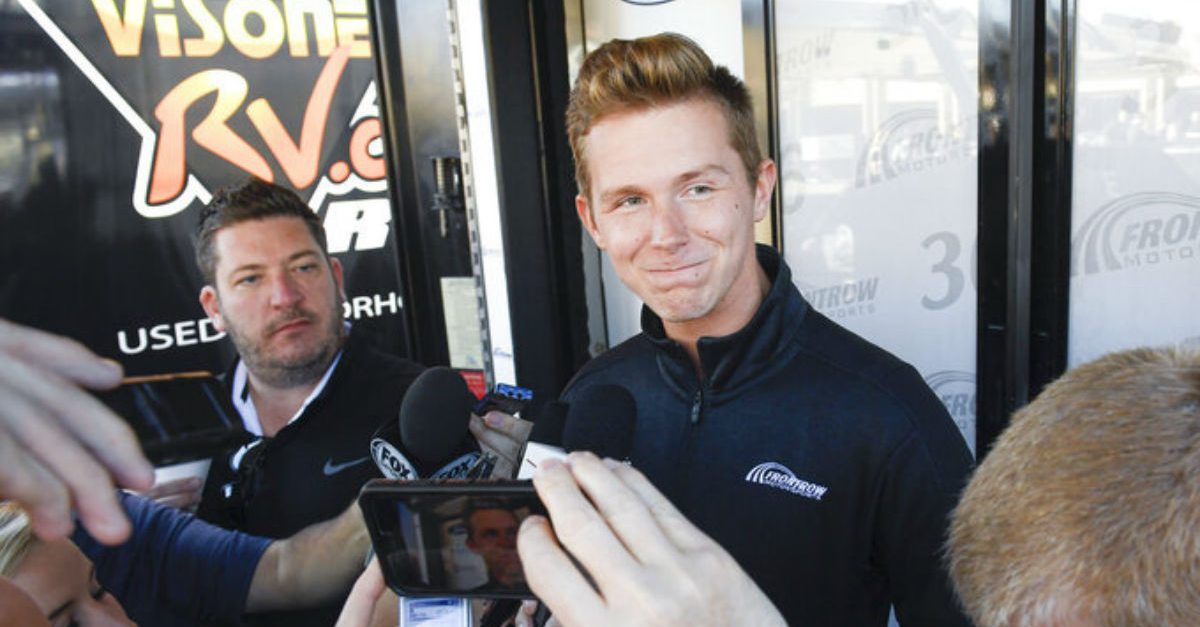 FORT WORTH, Texas (AP) ? Matt Tifft is focused on trying to determine what caused his seizure at a racetrack that ended his rookie NASCAR Cup season.

“I want to be back in the race car, but I don’t care about anything else right now other than finding out what caused this,” Tifft said. “Because until then, nothing else matters.”

Tifft was at Texas Motor Speedway for the Cup race Sunday, eight days after he fell ill at Martinsville Speedway in Virginia. He said he was glad to be back at the track and wanted to be there after a stressful week.

Standing just behind the Front Row Motorsports hauler, Tifft pointed out that he was only about five feet from where he had his seizure inside last week.

“It’s a lot of facing some demons on that, just my own self in trying to get back, and really just looking for answers now,” he said about being back at a NASCAR track.

This will not define me and I will push harder than ever before 😤😤😤 https://t.co/YrGKC5R784

The 23-year-old Tifft had a brain tumor removed in July 2016 but returned to race the next year. Brain scans this week showed no issues where the tumor had been.

Tifft said he would next have an EEG, which records brain wave patterns. He said there would be more tests if that doesn’t determine what caused his seizure.

The driver was in the hauler before going to a rookie meeting at Martinsville when he had his seizure on Oct. 26. The next thing he remembered was waking up in a hospital.

“I’m just glad to see all of you guys here and be back at the race track in full health,” he told the group of media in Texas.

“The racing part is going to come back, and I’ll get back in a car in one way or another, I do honestly believe that,” he said. “But I’ve got to get my stuff figured out and see what sparked this to happen.”

“I want to be back in a race car but I don’t care about anything else right now other than finding out what caused this (seizure). Until then, nothing (in racing) else matters"

At Martinsville, Tifft had arrived at the track and parked his truck only about 15-20 minutes before having the seizure. He said he was “just extremely fortunate” that he was in the infield and not driving a car when he was stricken.

Tifft started 32 races with one top-10 finish this season in the No. 36 Ford, in the first of a two-year deal with Front Row Motorsports.

“Matt came to us under a two-year agreement and we will be honoring that,” said Jeff Dennison, the team’s senior director of sales and marketing. “We will still have Matt be here next year. That is our plan.”

Matt Crafton drove the No. 36 at Martinsville. John Hunter Nemechek is driving the final three races this season and started 29th at Texas.