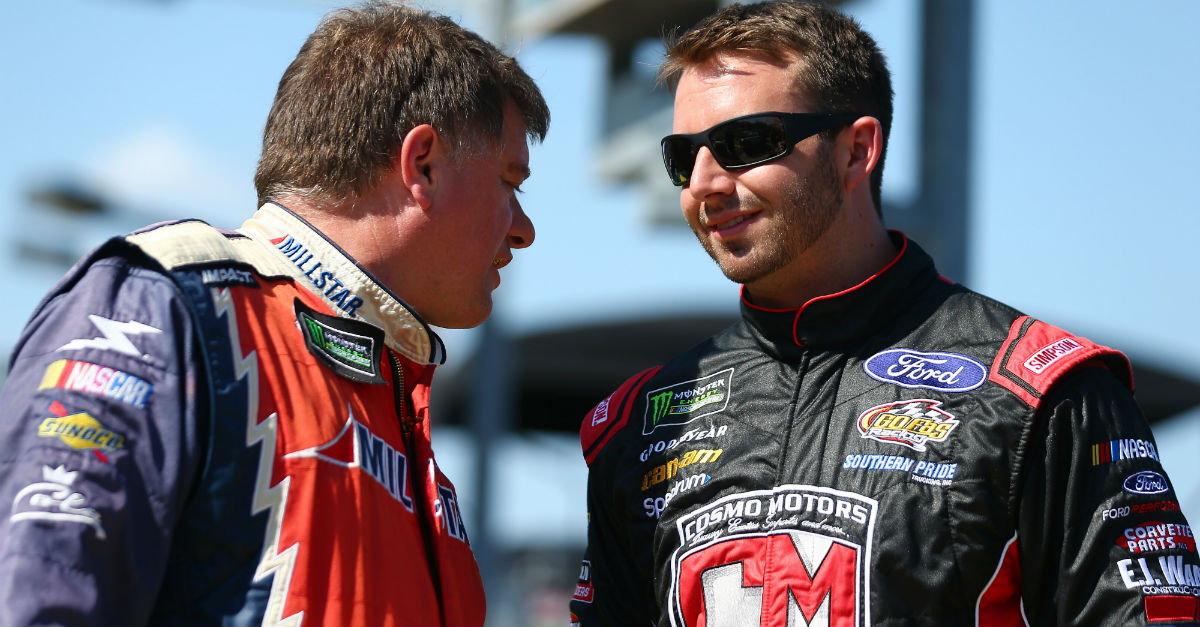 Matt DiBenedetto hasn’t had the 2017 season he wanted, and he only has two top-10s this year. But DiBenedetto is driving the No. 32 car for Go Fas Racing, which won’t be confused with one of the premier racing teams, and the 26-year-old has shown flashes of promise this season.

DiBenedetto re-upped with Go Fas Racing for another season in 2018, so he’ll be back next year but will still have some of the same disadvantages that comes with racing for a smaller team. Will DiBenedetto ever get a shot with a top Cup team? It’s tough to tell at this point, and NASCAR analyst Joseph Wolkin of Front Stretch said that’s not necessarily a bad thing.

“While it would be amazing for DiBenedetto to get a ride with a top Cup program, his future is with Go Fas Racing,” Wolkin said. “After signing an extension with the No. 32 team, crew chief Gene Nead and he are trying to build the organization from the ground up.”

Wolkin said the team has an entire offseason to make changes and improvements to the 32 car where he can compete at a higher level in 2018.

“With an entire off-season to prepare, there is no reason this organization can?t make the gains it needs to in order to be a top-20 team in 2018,” Wolkin said. “It might seem far-fetched considering DiBenedetto?s average finish is 26.7 this year, but the results are with a team that earned only four top 25s in all of 2016, three of which were with Bobby Labonte and one with Boris Said.”

DiBenedetto said he believes his team will be better next season.

“Next year, I feel like if we fire off with cars prepared and ready to go for races, we?re going to work on our stuff and make it nicer,” DiBenedetto said. “It?s just being prepared to fire off the season and just keep getting better all year. We can definitely be better next year.”