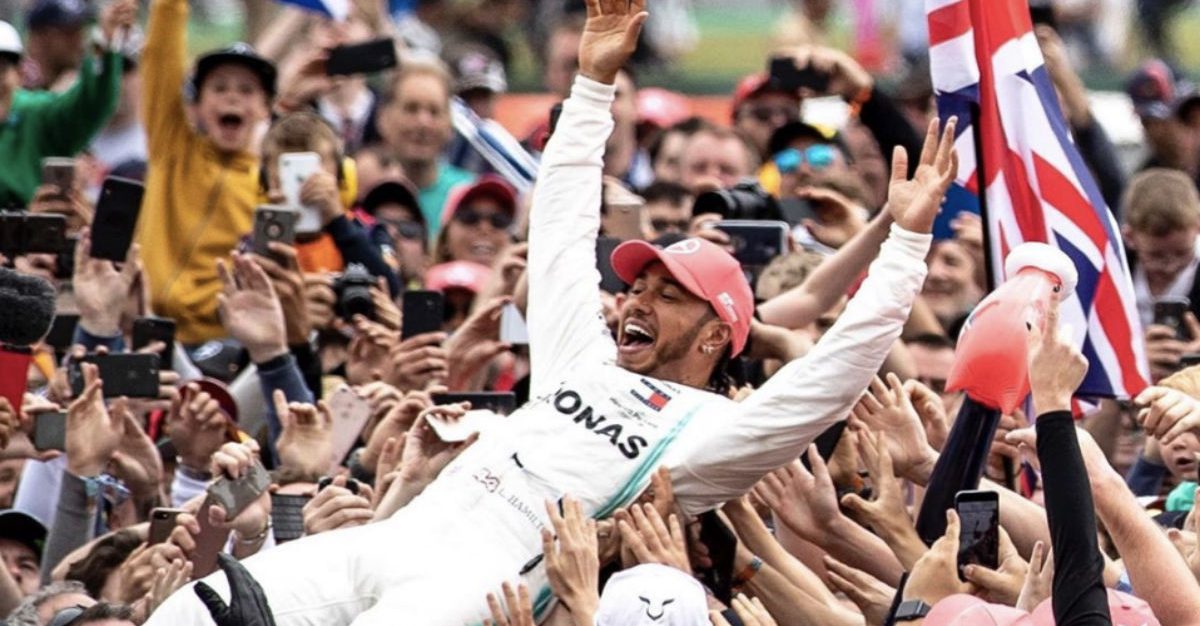 MEXICO CITY (AP) — Formula One is a global series with a large carbon footprint.

Teams, drivers and fans fly to 21 races around the world, hauling tons of equipment. The cars use up and discard hundreds of tires during the season. And despite using hybrid engines, the series this year increased the allowable fuel consumption per race.

Yet that won’t stop defending champion Lewis Hamilton from using his social media platforms to call for an awareness of global warming, calling for changes in farming, diet and a reduction in polluting materials.

The drivers’ news conference Thursday at the Mexican Grand Prix, a race in a city of 22 million people choked with smog, was dominated by questions on Hamilton’s recent public admonishments on global warming, his support from other drivers, and whether it is hypocritical considering the arena in which they compete.

Just asked Lewis Hamilton about the changes he is making to his personal life to help the environment. He gave a long, long list.
Yes, being an F1 driver is an easy stick to beat him with, but he IS making a really valid point.

Hamilton sparked the issue with a recent Instagram post venting to millions of followers his frustrations about large commercial farming and deforestation, global travel and consumer diets. He urged others to go vegan like him.

“It’s my platform and we all have a voice,” Hamilton said. “It’s not the easiest, because yes, we are traveling around the world and racing cars. It doesn’t mean we should be afraid to speak up for positive change. I’m always looking at things I can improve the effect.”

Read More: Lewis Hamilton Net Worth: Here’s How Much Money the Formula One Superstar Makes

Hamilton said he drives an electric car at home, and has sold off his plane and some of his fleet of automobiles. He said he has also cut back on travel and restricts what products can be brought into his office and home. He said he has pushed fashion designer Tommy Hilfiger, a friend and business partner, to design clothes with sustainable fabric.

We are 6 times World Champions, wow it’s still not sunk in. You can’t imagine how hard it’s been for us all, we lost our dear friend Niki this year, it’s been a tough battle but this one is definitely for him. I am so privileged to be a part of this team. pic.twitter.com/aj4IIDtrOY

Ferrari’s Sebastian Vettel said he supports Hamilton’s effort to take a public stand, while acknowledging that F1 drivers may not be taken seriously on the issue.

“You would be ignorant if you didn’t look at it,” Vettel said. “It’s very difficult for us to get acceptance from the outside. We don’t have the smallest footprint. The races happen around the world. Formula One, I feel, should do more. It’s a worldwide platform. We should send a much stronger message on the subject.”

The series could wield influence with its corporate sponsors, Vettel said.

Formula One officials did not immediately respond to a request for comment.

The series shifted its engine technology to a more environmentally friendly hybrid engine in 2014. But F1 also this year increased allowable fuel consumption for the cars from 27 gallons (105 kilograms) to 29 (110 kilograms) per race in order to boost power.

Speaking at a German auto show in September, F1 CEO and President Chase Carey lauded the hybrid engine as a model for reducing carbon emissions.

Mexico City training with my @PUMA fam and the legend Julio César Chávez 🥊 So honoured to step into the ring with you. I'm now ready to bring the fight this weekend. @Jcchavez115 @PUMAmexico pic.twitter.com/3bEbMQel4X

“The Formula 1 hybrid engine is the most efficient in the world and has a critical role to play to address the wider global environmental issue,” Carey said. “I think the solution to the environmental situation is going to be many and not just one and while I appreciate electric has got the attention and has hit a sweet spot at the moment, I think electric will be part of the solution but has issues such as battery disposal that still need to be addressed.”

An alternate series, Formula E, uses only electric cars. Initiated by Jean Todt, head of the FIA governing body of world motorsport, Formula E launched in 2014. That series also races in cities around the world, including Mexico City, Beijing, Berlin and New York.

Hamilton, who is chasing a sixth F1 championship this weekend, said he won’t be making a switch after his F1 career.

“I have no interest whatsoever in Formula E,” Hamilton said.