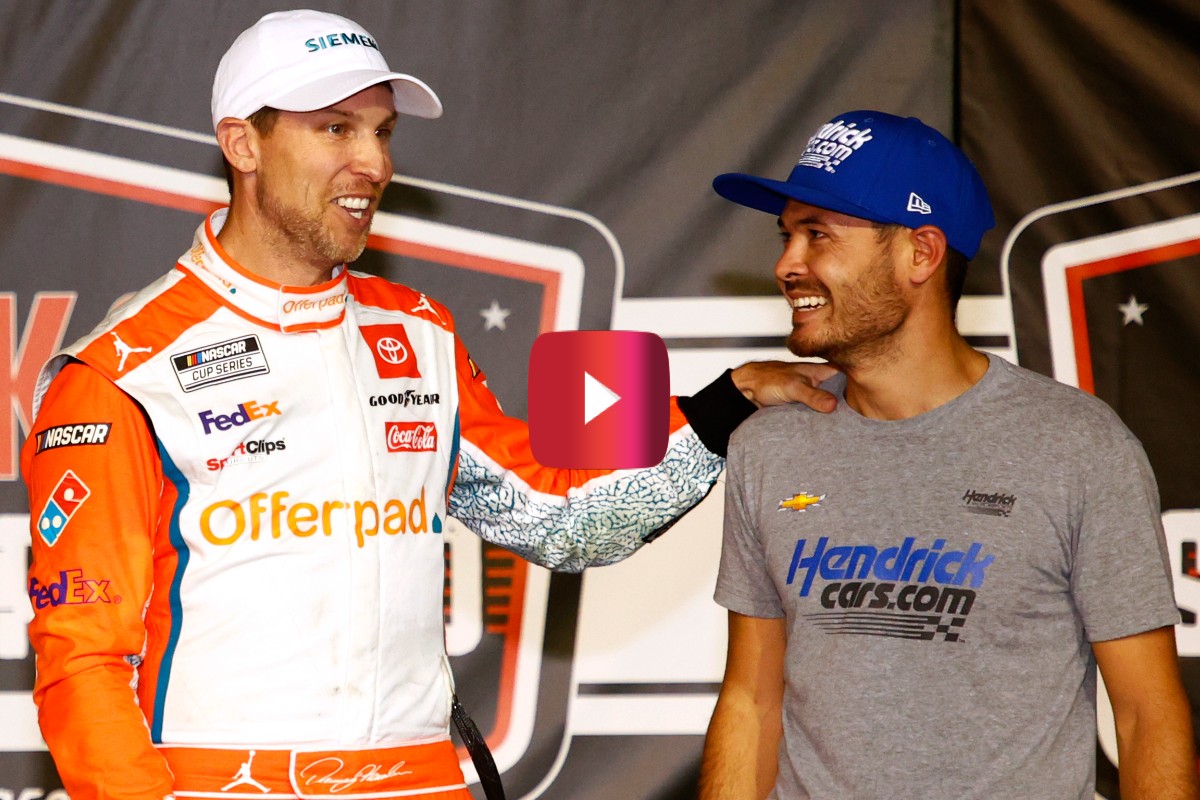 The first race of the NASCAR Cup Series playoffs finished in epic fashion on Sunday night, as Kyle Larson and Denny Hamlin duked it out in an incredible final-lap battle. Hamlin ultimately won the Cook Out Southern 500 at Darlington Raceway, but Larson’s video-game style move, as he described it, marked an exciting and bold last-ditch attempt to secure the victory.

Coming into the final corner of Darlington at high speeds, Larson purposely hit the wall and rode it through Turn 3 and Turn 4, using the momentum to reach Hamlin’s back bumper. Larson’s No. 5 Hendrick Motorsports Chevrolet came just short of passing Hamlin’s No. 11 Joe Gibbs Racing Toyota, and you can see the sparks-flying finale in the clip below.

“Decided I would try to wall-ride and see what would happen,” Larson said of his attempted pass maneuver in a post-race interview. “He (Hamlin) started running a little bit safer line the last few laps and getting back to diamonding (the corner). I thought if I rode the wall, I could squeeze to his outside and who knows what would have happened after that down the frontstretch. I actually got to his bumper a little too early and he kind of protected the wall.”

“It was wild and I hope the fans enjoyed the desperation. Just came one spot short.”

The Darlington race certainly wasn’t a must-win for Larson, as he racked up points from finishing second in Stage 1 and winning Stage 2. So, the calculated risk was seemingly a no-brainer for the 29-year-old Elk Grove, California native.

“Knowing how far above the cutline we were to start the race and finish in the top two in the stages and finishing second there at the end, I knew that I could go for broke a little bit more there the last handful of laps,” Larson said. “I was kind of hitting the wall every lap in (Turns) 3 and 4. I felt like if I got a flat and finished 25th, I was still going to be good in points. I would say I was a little bit more brave because of that.”

“I don’t know that there’s really a better way to look at it than that,” Daniels told NASCAR.com. “He (Larson) knew how many laps were left in the race, so he knew that if he had a flat tire, he could probably ride it out to the end. I’m sure all that was going through his mind.”

Truex added, “I was asking him (Larson) if it was Nintendo or PlayStation. He definitely, the wall glue got him. He got stuck to the wall. He got close. It was a valiant effort.”