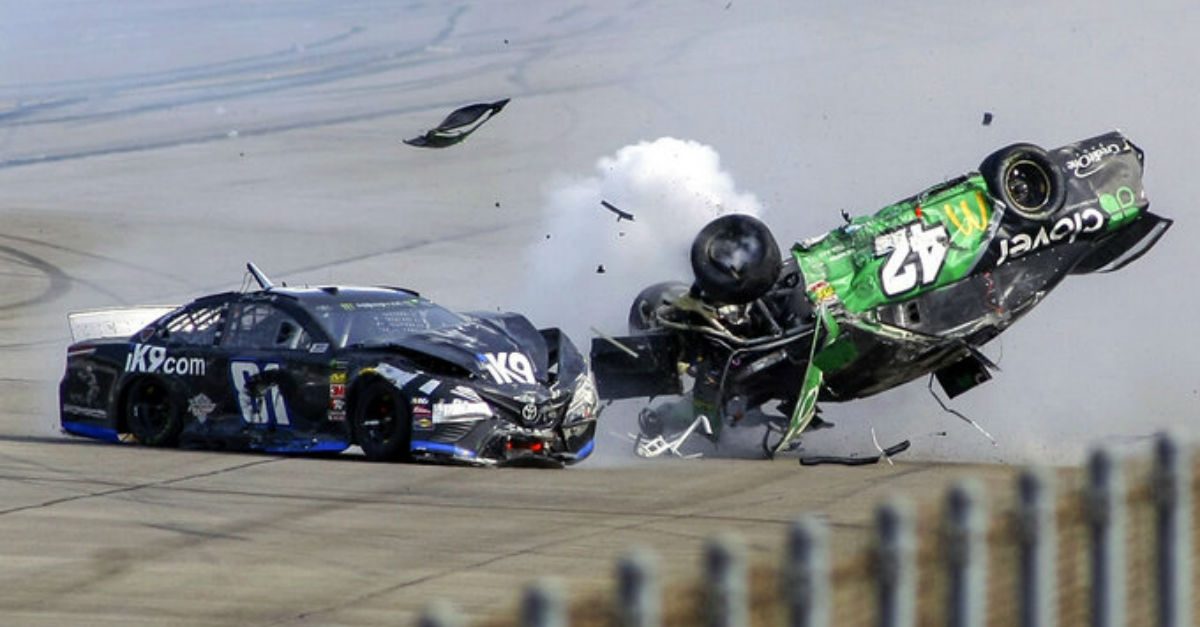 DOVER, Del. (AP) ? Kyle Larson got his first look at his spectacular barrel roll at Talladega and felt like the star of a summer blockbuster.

Larson was grateful to walk away unscathed last weekend from his dangerous crash on perhaps the diciest track in NASCAR. His No. 42 Chevrolet took flight seemingly by itself after he’d been hit and spun through traffic, and once it was off its wheels, the Chevrolet rolled at least a half-dozen times.

William Byron and David Ragan collided and triggered the wreck as Larson flipped on the chaotic final lap.

“Normally when you see cars take off, they’re more sideways or going backward almost,” Larson said. “Mine was hardly sideways at all. I don’t know why it lifted off like that. Just thankful that the chassis and all my safety equipment held up good.”

Read More: These Pictures of a Trashed Talladega Shows What a Weekend of NASCAR-style Partying Looks Like

NASCAR chief racing development officer Steve O’Donnell reached out to Larson to talk about what happened. Chip Ganassi Racing took the car after the race, but it was available to NASCAR engineers eager to study what caused the spectacular roll.

Went for a pretty good ride today. Glad I’m alright and the cockpit held up good! Hopefully get some better luck on our side soon. Been a rough couple months.

“For it to hold up as well as it did was pretty amazing,” Larson said Friday at Dover International Speedway.

Larson was not injured, a testament to NASCAR’s safety improvements, and even returned to play golf in a Pro-Am with other NASCAR drivers before a PGA tournament in Charlotte, North Carolina. He eventually took a look at the wreck through the view of the in-car video.