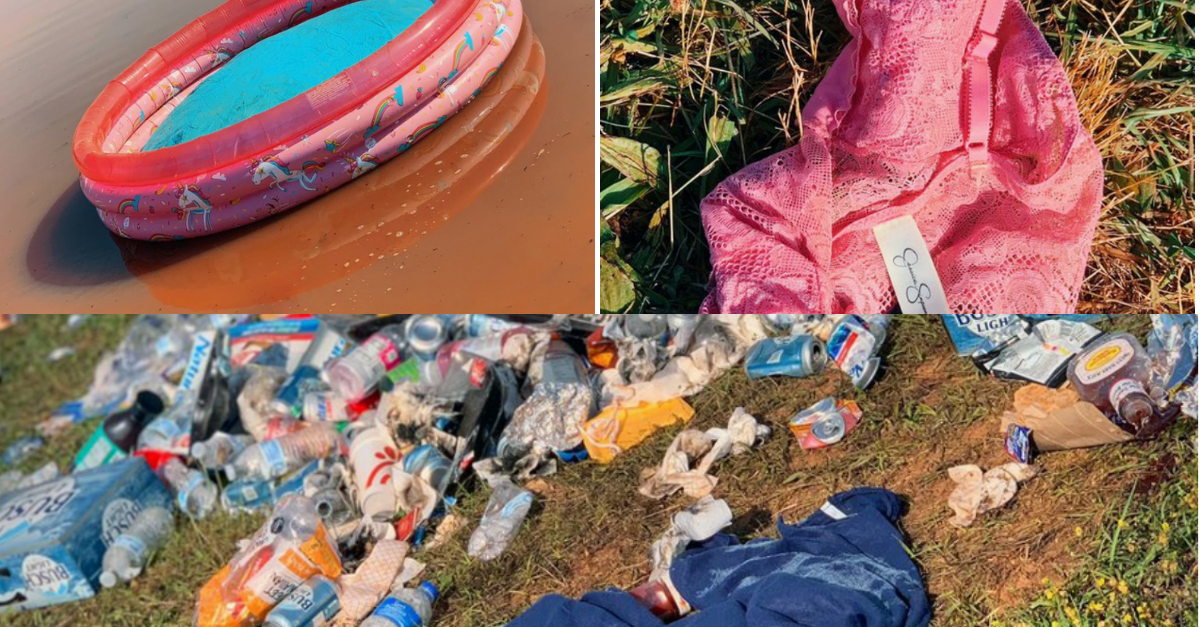 On April 28, Chase Elliott may have won the Cup Series race at Talladega Superspeedway, but judging from the looks of the Alabama track’s infield post-race, the NASCAR fans in attendance were the real winners. Or losers, depending on which way you look at it. In any case, it definitely looks like they had one hell of a good time.

If you know anything about race weekend at Talladega, you know that it’s the scene of some absolutely insane, balls-to-the-wall partying, especially when it comes to the spring race. When the sun is out, the rowdiest fans that NASCAR has to offer are out in full force. Cue copious amounts of drinking and a general disregard for anything else that doesn’t involve partying or rabble rousing.

Read More: Was the Worst NASCAR Race in History the 1969 Talladega 500? After Watching This Video, You’ll Definitely Think So

Once the dust had settled at Dega, whoever runs the Talladega Superspeedway Twitter account posted a whole bunch of pictures showing what the aftermath of a long weekend’s worth of ridiculous raging looks like at NASCAR’s longest oval track. Apparently, the unofficial motto is “Whatever Happens at Talladega, Stays at Talladega,” because they left it all on the infield. And I really mean “it all.”

Wow. These folks really trashed the place. I mean, did they manage to get ANYTHING into a trash can? It honestly doesn’t look like it.

Of course, then there are the things that people shouldn’t have even left behind to begin with. A leg brace? Seems like something you would need. A bicycle seat? I don’t know, that seems pretty important to me as well. Unbelievable. This is why we can’t have nice things.